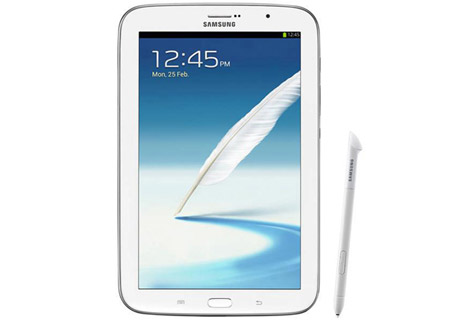 The Samsung Galaxy Note 8.0 has finally gone official and it will be made available globally starting in the second quarter of 2013. The tablet comes with S Pen functionality and also adds calling capabilities, with multi-tasking from the previous models extended to phone calls. There’s a lot of new content as well as a mode that makes reading eBooks easier, while the stylus gets advanced usability.

First of all, the multi-window trait comes to the Galaxy Note 8.0 and even the tablet’s 8-inch screen will give users access to a number of live applications. Flipboard has also been included, delivering news and social network feeds to users in a stylish format, and has been customized for use with the stylus. 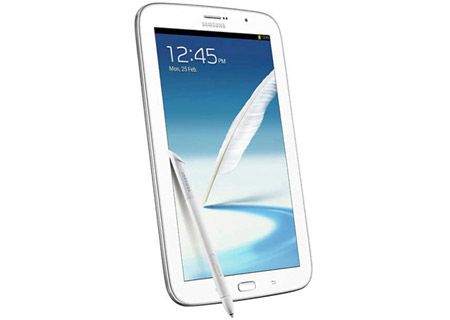 Speaking of which, the S Pen has been evolved a bit. When it is removed from the body, things like Pen Detection and Page Buddy are automatically launched. Other capabilities include Air View, which means the pen need not touch the screen and that hovering over it will perform the necessary tasks. And, as a first, the stylus can even be used to control the physical buttons on the device.

There are a few more features to be mentioned such as Dual View for multi-tasking, a mode that provides optimal reading conditions for eBooks, as well as organization tools such as S Note and S Planner. Handwritten notes can be converted to text, while other tools make adding equations, symbols and shapes simple. 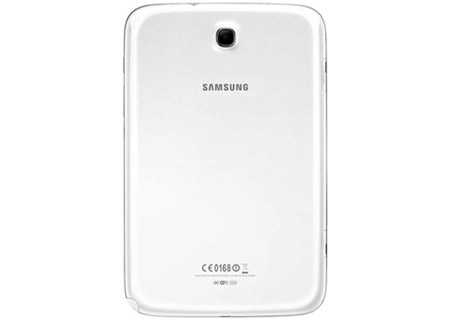 In late January a company exec hinted that we may see the device at the MWC. While that has now come true, a few rumored specifications have not. It was thought the tablet would come with Android 4.2; instead it runs on version 4.1.2. It was also speculated that the phablet would have 4G LTE connectivity, but no mention of the same has been made by Samsung.

That it was inbound was unwittingly revealed in an official Lok-It release earlier in the month, while a little later we received wind that Europe might get it in 3 versions, and we can confirm that the device does come in two storage capacities – 16GB and 32GB. This is probably a move to take on Apple’s iPad mini. 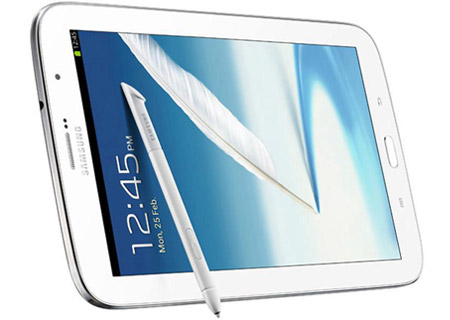 As might be expected, it is too early for price and exact release date information of the Samsung Galaxy Note 8.0 to trickle down. But with a ton of impending reveals and launches at the MWC scheduled to begin soon, we’ll have more on the tablet when we hear something official, although between now and then there could be any number of leaks and rumors.