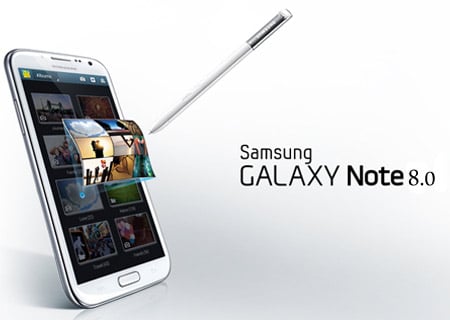 The Samsung Galaxy Note 8.0 release date has fallen under speculation for Europe and the handset is expected to hit shelves by the end of March for an initial price tag of €349. The retail amount is said to go all the way up to €449 for the high specification model which might pack in enhanced cellular support.

The latest leak was recently reported by Phone Arena being sourced from a local retailer in Bulgaria, Tablet.bg. According to the information disclosed, the upcoming tablet should retail for a higher sum compared to that of the iPad mini. The post also goes on to say that the device is most likely to arrive in 2 variants, one with only Wi-Fi connectivity (GT N5110) and the other supporting 3G as well as 4G LTE (GT N5100), out of the box.

Over the past months, we’ve been treated to numerous leaks regarding the device in question. So we’re going to draw out a simply picture of what we know up till now. The front panel will house an 8-inch 1280 x 800p screen with a 1.3MP camera, while the rear should play nice with a 5MP snapper. Powering the slate up could be a quad core processor with a 1.6GHz clock speed coupled with 2GB of RAM. And we’re certain that the S Pen will make a comeback once again. Knowing Samsung, the company is sure to throw in own its personalized goodies to deliver a rich Android experience. Potential users can expect it to carry recently popularized features such as Multi-View, Direct Call, Smart Stay, Pop-up Play and S Voice. 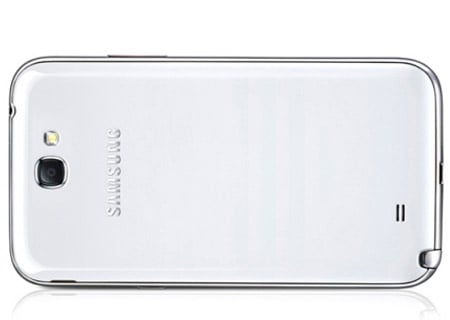 We not quite sure if Samsung will announce the Note 8.0 at the MWC 2013 or whether it will be released during the said time frame, in spite of the recent rumors. However, given that the S4 is expected to be unveiled in March at a dedicated Mobile Unpacked event, the 8-inch slate could possibly share the limelight with the upcoming flagship.