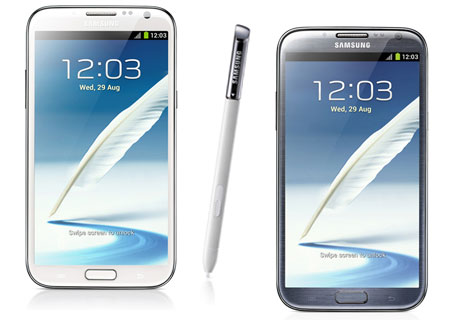 Has the Samsung Galaxy Note 8.0 just been outed in the strangest way possible? Apparently, a press release issued by Systematic Development Group for its Lok-It secure flash drives suggests that the encrypted hardware manufacturer expects Apple’s chief tormentor (of late) to include USB On-The-Go with the rumored 8-inch tablet.

The Galaxy Note 8.0 received a bit of attention last month when JK Shin, the company’s head of mobile communications, was alleged to have confirmed its existence to a news outlet in Korea. The juicy piece of gossip that got everybody excited back then was that we might see the device as soon as this year’s MWC in Barcelona.

So what is Lok-It exactly? It looks like a regular USB flash drive but has an onboard PIN-pad through which access to the stored data can be authorized. The files on the drive are automatically scrambled using 256-bit AES hardware encryption, and the device itself works with practically any OS – Windows, Mac, Lunix and others.

The specialty of the secure drive is that it is authenticated in hardware. Users must input a 7-digit pin and a green light signals that the device has been ‘unlocked.’ The main advantage is that there’s no software involved, allowing for an added level of security. This also means that the drive is completely platform-independent and can work with any USB 2.0 equipment. 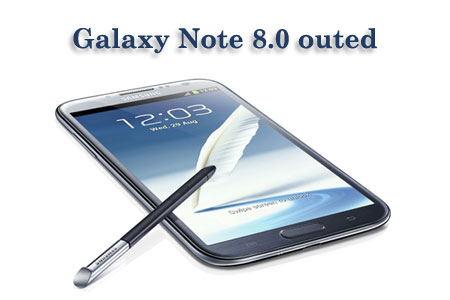 It isn’t clear whether there’s any link between the two companies, but Systematic Development Group provides a secure service to big corporations who want to protect their data. So it is not too far off to think that at some point the corporations might have crossed paths. SDG also points out that Samsung has incorporated USB On-The-Go (OTG) in other tablets including the original Note and its Ativ family.

Meanwhile, the South Korean multinational has kept mum on all the rumors that have been encircling it for more than a month. And there have been a good number of them, going back all the way to December of last year with talk of a 7-inch tablet. Last month the mill started churning again with a lot of speculation on the ‘upcoming’ GS4. Then there was the silly bit about a 5.8-inch Fonblet. But given the company’s track record with its galactic range, anything is possible.

Whether or not the Samsung Galaxy Note 8.0 tablet is being readied to take on the iPad mini is anybody’s guess. Dug up from within a Lok-It press release on PRWeb, this should be chalked off as just another one of those strange rumors that sometimes tends to seep out.