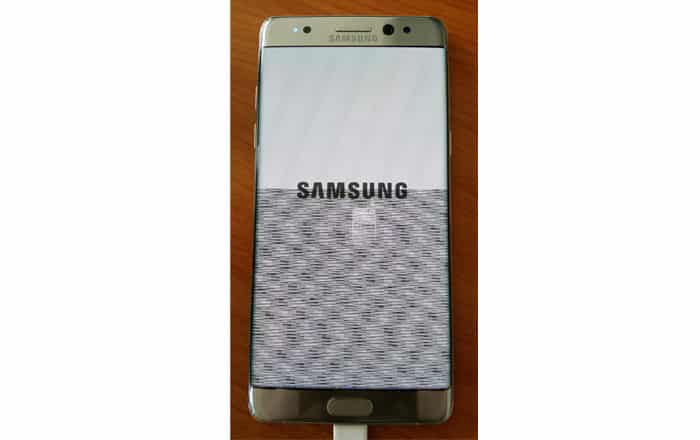 The Samsung Galaxy Note 7 was launched to glowing reviews around the world, with many praising its curved design, water resistance, and top-of-the-line specs. However, several owners have taken to various forums since its launch to complain about the phone.

These aren’t just small issues either. Many assert that their Galaxy Note 7 bricks or frequently crashes to the point where it becomes impossible to use. There doesn’t appear to be a set pattern leading up to the problem. One consumer claimed that his unit began freezing right after he took the phone out if its box and updated it.

His Galaxy Note 7 promptly started freezing with odd glitch lines on the display. It also began to restart by itself multiple times before it loaded the lock screen. To add insult to injury, the device frequently got stuck in a bootloop and overheated till the owner simulated a battery pull with Power + VolDown.

Phone Arena’s own Galaxy Note 7 unit began experiencing such symptoms as well. In their case, the smartphone crashed even when it was in Recovery mode and later proceeded to get trapped in a bootloop. Standard fixes like factory resets and cache-wiping don’t seem to work either.

This could be an indication that the problem may lie in a hardware defect. Several consumers claim that even official Samsung shops have not been able to deal with the concern, choosing to replace the device instead. The one mentioned above went to the company’s service center where technicians performed a firmware reflash which temporarily resolved the issue before it came back the very next day.

Phone Arena suggests that the crisis is only restricted to the Exynos-touting international version of the Galaxy Note 7 based on the reports so far. Samsung hasn’t said anything official about the matter yet.