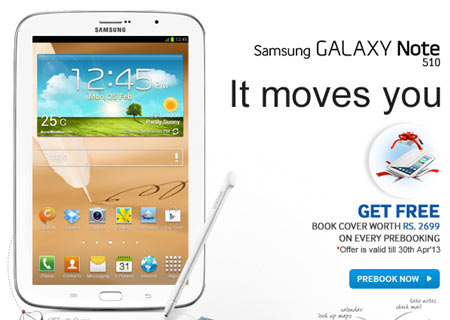 Back in March, Samsung had gone official with the Galaxy Note 510 in India and now, nearly 2 months later, it has finally disclosed the price to be set at Rs. 30,900. What’s more, the company has put the device up for pre-order through its eStore and it is expected to ship starting the first week of May 2013.

The Samsung Galaxy Note 510 is the country-specific version of the 8-inch business tablet from the conglomerate which was officially unveiled back in February. As a standard practice, the S Pen is bundled with the Samsung Galaxy Note 510, tagging along a host of capabilities such as note-taking, sketching and drawing amongst others. To complement this attribute, the device is pre-loaded with the Paper Artist and Photo Note tools. There are a bunch of other goodies included as well, like S Note, S Planner, Dual View and more. 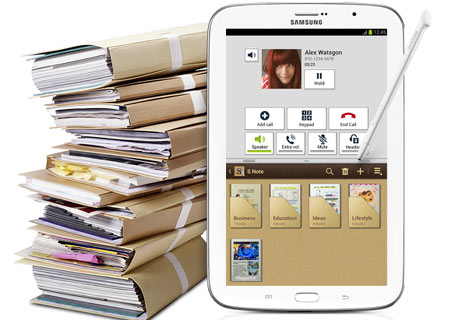 The Android 4.1 Jelly bean platform layered with the TouchWiz UI is showed off through an 8-inch display that portrays a resolution of 1280 x 800 pixels and an 189ppi density. Similar to the Asus FonePad, the Samsung Galaxy Note 510 comes with 3G support for data access while on the go and voice calling. Doing the heavy lifting is a 1.6GHz Exynos 4412 SOC that incorporates quad cores based on the Cortex A9 architecture.

Storage needs are in the hands of 16GB inbuilt memory and a microSD card slot that supports 64GB max. Buyers will also receive 2GB of RAM which enhances the multitasking capabilities. The rear is fitted with a 5MP camera with AF, while the front houses a 1.3MP snapper for video calling over Wi-Fi and HSPA. Coming to the design, the Samsung Galaxy Note 510 weighs 345 grams and measures 7.95mm thick which is almost the same size as the S4. 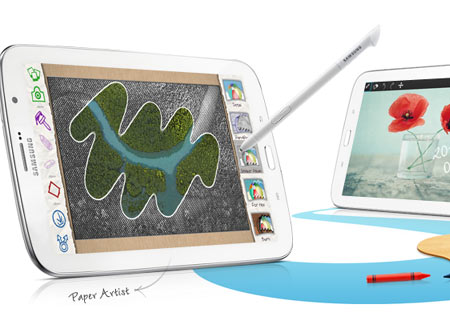 So far, only the company’s eStore is offering the Samsung Galaxy Note 510 in India. Potential buyers can head over and pre-order a unit for a price of Rs. 30,900. Each purchase made on or before April 30 is entitled to a free book cover which retails for Rs. 2,699. 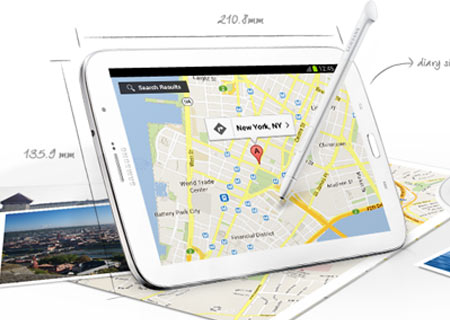