Samsung Galaxy Note 5 will feature 4GB of RAM, other details leak as well

It’s time for some Samsung Galaxy Note 5 news, and this time we have for you more specs of the upcoming gadget. A report is claiming to have confirmed information about the device’s RAM which is being touted to be 4GB in capacity and of the LPDDR4 variety.

Such a memory module will also be making its way into the OnePlus 2, as was revealed by its makers a few days ago. Samsung Galaxy Note 5 will apparently combine its 4GB RAM with the prowess of its Exynos 7422 chipset which will offer 64-bit octa processing, a strong GPU as well as integrated LTE.

News about the device’s 4GB RAM comes from the reliable SamMobile website. Another interesting leak confirms that this new Samsung offering will feature a 5MP front facing camera, while it also verifies that an Edge variant of it will indeed be released. An FAQ page from the company for its Galaxy S6 and S6 Edge variants talks about how their front camera’s OIS tech is responsible for a floating lens effect. 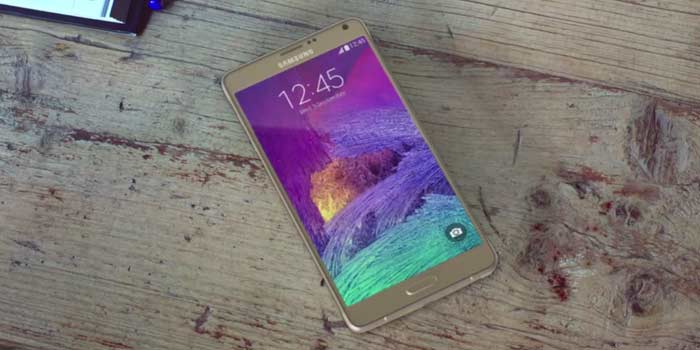 In this post, the firm even mentions that the information stands true for model numbers N925 and N920F. Now, N925 is widely believed to be the Galaxy Note 5 and going by the S6 range’s naming standards, the N920F corresponds to a curved display-equipped Edge variant.

Past leaks have even given us a look at the other important hardware details of this Samsung phone. It will supposedly house a 5.67-inch QHD Super AMOLED display and a 16MP OIS camera. A 4100mAh battery is also expected to form part of its offerings.

Rumor has it that the Samsung Galaxy Note 5 will be unveiled not in September but in August, breaking the company’s conventions. Let us now see if that will stand true or not.