This September is when you can expect Samsung to make the new Galaxy Note 5 official, but it’s never too early for the rumor mills to start churning. It’s being said right now that the new phablet from the South Korean giant will have a USB Type-C port sitting on its body, alongside its other advanced offerings.

A quick reminder for those unaware of the details; USB Type-C is a new standard that’s being considered to be the future of USB. One of its most important aspects is that it’s reversible, which means you won’t have to bear the frustration of giving two or three tries while you’re plugging it in, as both sides are the right sides. This would definitely make the life of Samsung Galaxy Note 5 owners a lot easier.

And as one would imagine, that’s not the only perk of having a USB Type-C port. It’s twice as fast as USB 3.0 and a whopping twenty times as fast as the old USB 2.0 standard. It has found very few adopters till now, but chief among them is Apple which has placed a USB Type-C port on its new famous yet infamous MacBook. 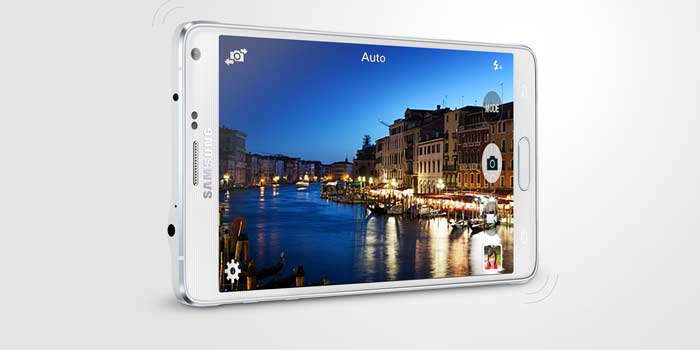 Coming back to the Galaxy Note 5, according to G 4 Games, industry insiders seem to have revealed a few other details about the smartphone. It will apparently bear a slightly larger 5.89-inch display than its predecessor, while it’s even being said to feature a 4100mAh battery. An updated version of the Galaxy S6’s Exynos chipset is also being tipped.

Apart from the new Samsung Galaxy Note 5, this year’s Apple iPhone range is also expected to bear USB Type-C ports, which means the standard is pretty much on its way towards becoming a regular affair next year.