Samsung has definitely had a change of plans for India, as the company has launched the Galaxy Note 5 here after leaving it out recently at the event that surprisingly only saw the launch of its S6 Edge+ phablet. But the S Pen-equipped device has indeed been outed now, and it comes with a price tag of Rs 53900.

That retail value applies to its 32GB variant, while its 64GB version will be made available at Rs 59900. Keep in mind that the Samsung Galaxy Note 5 comes with a uni-body design that has not reserved a spot for a microSD card slot, or even a removable battery for that matter.

September 20 is when this smartphone will be going on sale, but its pre-orders are scheduled to commence from today onwards. Those who pre-book the Samsung device will be provided with a free wireless charger and a one-time screen replacement.

This year’s Note phablet comes equipped with an improved S Pen, the main highlight of which is the ability to let you take notes even when the device is sleeping. This accessory however has been proven to be controversial, as various reports of its easily breakable nature had come out recently.

Here’s a quick glance at the main specs of the new Samsung Galaxy Note 5:

Like we said, the Samsung Galaxy Note 5 will be released on September 20, but its pre-orders will be taken from today onwards. While, its 32GB variant costs Rs 53900, its 64GB model will be going for Rs 59900. 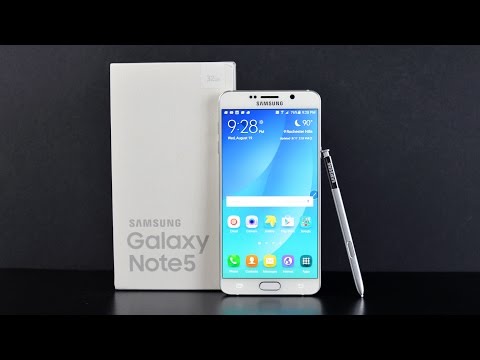