Just when we thought nothing much could follow so soon after the recently leaked images of the Samsung Galaxy Note 4, a popular retailer in Indonesia went ahead and spilled the beans about the upcoming phablets specs and price. The handset is said to cost IDR 9499000 which would translate into approximately US$817.

PhoneArena reports that Indonesian seller erafone, has also posted a detailed list of features accompanying the Samsung Galaxy Note 4 and this confirms multiple past reports and leaks. First and foremost, the device is listed with Android 4.4.3 KitKat and it will come in two models, SM-N910S and SM-N910C. 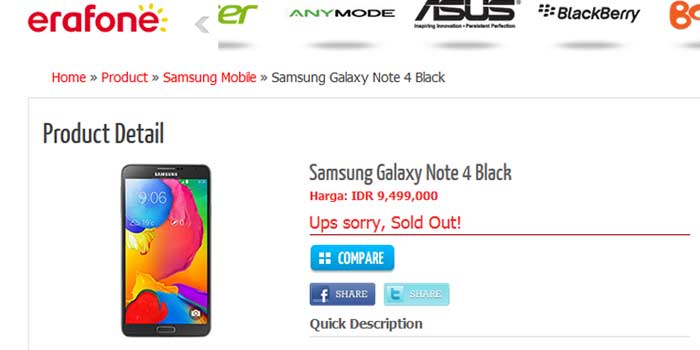 The former handset will be powered by the quad core Snapdragon 805 chipset clocked at 2.5GHz, while the latter version will feature the unannounced Exynos 5433 Octa chipset with quad Cortex A53s and quad Cortex A57s. If you’ve done your homework on the latest ARM processors, you’ll know that these are 64-bit CPUs. Sadly, there’s no mention of which GPU this model will sport.

Both handsets are said to offer 4G LTE connectivity and they have identical hardware expect for the SOCs. You can expect to find a 5.7-inch QHD (2560 x 1440) AMOLED display on the front, while a 16MP camera with OIS which is a first for a Galaxy smartphone, and dual LED flash will be fitted on the rear. 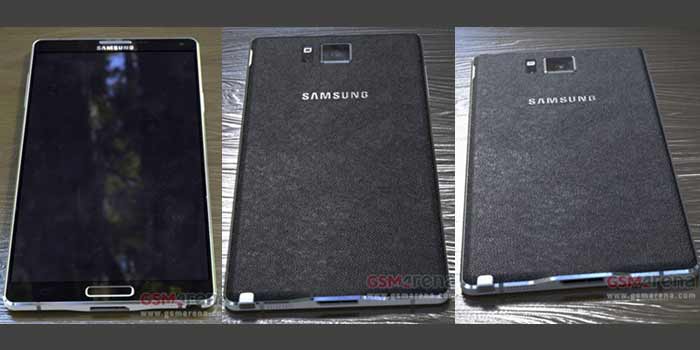 Check out the list below for a detailed look at the officially unconfirmed specs:

While these details on the Samsung Galaxy Note 4 look believable, they’re still a leak and need to be confirmed. So be sure to take the information with a pinch of salt.