Since it comes equipped with a 2K display and various other powerful components, the Samsung Galaxy Note 4 cannot be expected to feature exceptional battery life. But its maker is doing whatever little it can to improve the power consumption on the phone.

Samsung has let out an update for the Galaxy Note 4 phablet which has been aimed particularly at improving the phablet’s battery life. The firmware is just 36MB in size, is named XXU1ANJ4 and also serves some overall stability fixes for the device, as revealed by SamMobile. 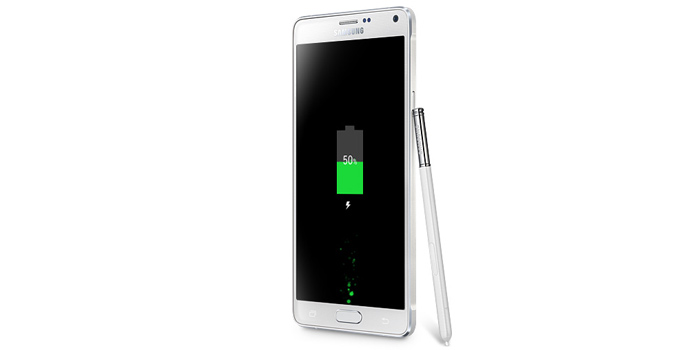 The Samsung Galaxy Note 4 which was unveiled early last month, has begun its worldwide rollout now. Its Indian launch is set to take place later today, and as reported yesterday, it is slated to be released on October 17, the same day on which Apple’s iPhone 6 Plus – the Note 4’s biggest rival – will be launched in the country, along with its smaller version, the iPhone 6.

The Samsung device is highlighted by its large display and its S Pen stylus which makes it easier to utilize its functions. The phone is powered by a 3220mAh battery which supports fast charging. Equipped with the Android 4.4 KitKat OS, it offers 3GB of RAM among other advanced components.

Here’s a clear look at the specs of the Samsung Galaxy Note 4:

Like we said, the battery life-improving update for the Samsung Galaxy Note 4 is live now, and can be downloaded easily by entering the Software Update menu from the About Phone tab in the Settings app.