Now that Samsung has confirmed the Galaxy Note 4’s launch on September 3, the next topic at hand is when will the device be made available for purchase? Well, an alleged internal document which was sent to employees in the US suggests that the phablet could hit stores on the 15th of next month or any other day in the same week.

Android Authority has learnt this information via a tipster and has even posted the internal memo as proof. The document was sent by the company’s market manager and it highlights blackout periods which are days when employee’s won’t be granted paid offs, during the month of September. 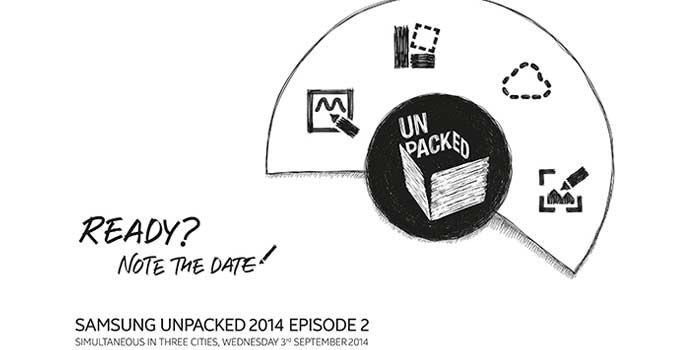 It has mentioned two such periods, first between the 3rd and 7th which is the same time the IFA 2014 takes place and the second being the 15th to the 28th. Clearly, Samsung is planning something big in the third week and the Galaxy Note 4 as well as other devices could hit shelves during this timeframe.

Also see: LG G3 Stylus will compete with the Note 4 alright, but not in terms of specs

If the leak turns out to be authentic, then we’re looking at a surprisingly quick release for the upcoming phablet. Based on previous reports, we’re likely to see multiple version of the device go official. Apart from the usual Exynos and Snapdragon variants, there’s a high possibility of a model with a curved LED display making its appearance. The smartphone is said to arrive with a 2K display, but it’s not clear whether the curved version will receive the same treatment.

Along with the Samsung Galaxy Note 4, the conglomerate also plans to unveil its first wave of 64-bit Android smartphones and the highly rumored Gear Solo smartwatch.