Lollipop seems to be the flavor of the season, even as the Samsung Galaxy Note 4 has become one amongst the many handsets that are being blessed with the latest version of Google’s mobile OS. This delayed update has arrived now for the European SM-N910F model which runs on a Snapdragon processor.

Those in the possession of the Exynos variant of this phablet would want to know that its very own Android 5.0 software package has been rolled out in South Korea, and has even reached Europe in a limited manner. But this is for the first time that any Snapdragon variant of the Samsung Galaxy Note 4 is receiving the update. 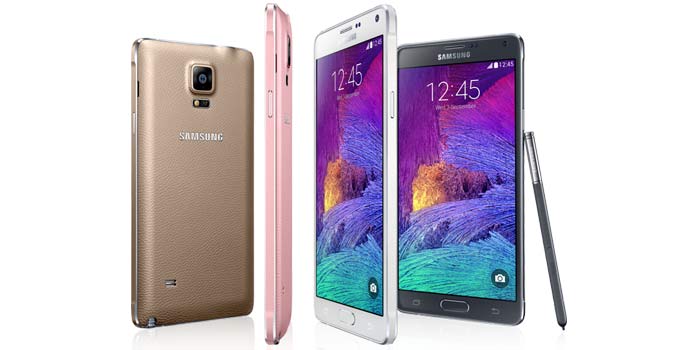 The new download will push into the device a number of exciting features that include a fresh notifications system, a guest mode, overhauled UI, the ART runtime, battery improvements and more. According to SamMobile, Samsung is currently offering the update through its Kies client but it should arrive in an OTA fashion in the coming days.

The Galaxy Note 4 was unveiled by the South Korean giant in September alongside its Note Edge cousin. This handset kicks in a 5.7-inch Super AMOLED Quad HD display and grabs other advanced specifications as well.

Here’s a short glance at the specs of the Samsung Galaxy Note 4:

Like we said, it’s the European Snapdragon model of the Samsung Galaxy Note 4 which is getting its long due Android 5.0 Lollipop treat now.

Facebook
Twitter
Pinterest
Linkedin
ReddIt
Tumblr
Flip
Previous articleOxygenOS for the OnePlus One will arrive next month, won’t be easy to install
Next articleLenovo to sprinkle Lollipop treats on 7 of its smartphones this Q2