Now that the Galaxy S5 LTE-A is official, the next thing to look forward to from the South Korean conglomerate is the Samsung Galaxy Note 4. As expected, the upcoming phablet will arrive in two variants, one powered by an Exynos processor and the other featuring a Snapdragon chipset.

Both models have been leaked online and a detailed list of specifications is also available, courtesy of AnTuTu. The Samsung Galaxy Note 4 SM-N910C is the Exynos-powered version. If you were expecting to see the Exynos 6 series here, the company will continue with the current line by offering a new octa core processor dubbed the Exynos 5 5433. What’s interesting is that the SOC will be 64-bit enabled featuring quad Cortex A57s and quad Cortex A53s clocked at 1.3GHz along with ARM Mali T760 graphics. 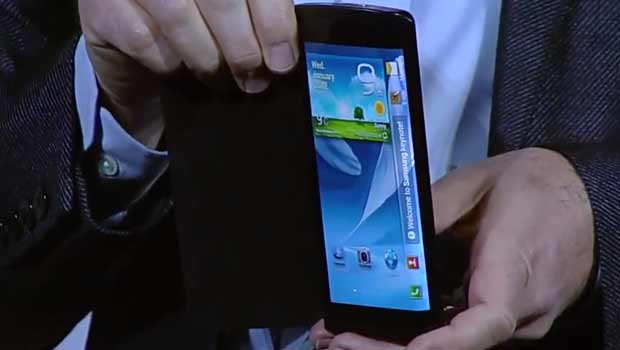 The Snapdragon version, on the other hand, will have the 805 chipset which is also found on the Galaxy S5 LTE-A. This processor proffers a 2.5GHz clock speed and Adreno 420 graphics. Both models share various common features. They include Android 4.4.3 KitKat, a 2560 x 1440p display, 3GB of RAM, 32GB of storage, a 3.68MP front camera and a 16MP rear snapper. A previous leak suggested that the phone will have 4GB of RAM and a 20.7MP rear camera, but that doesn’t look to be the case. Additionally, there’s a possibility of seeing a 128GB storage option and a 3800mAh battery onboard. We’ve got no information on the design as yet, but multiple reports suggest that the phone will have a curved display.

Also see: Samsung may surprise us with Android Wear smartwatch next week

We’re just a few months away from the IFA 2014 expo which will take place in September. That’s where the Samsung Galaxy Note 4 will go official.