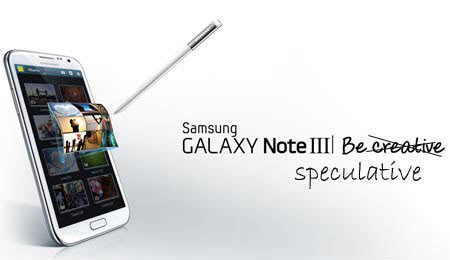 Rumors on the Samsung Galaxy Note 3 seem to have no end and the reports just get even more interesting by the day. Take this one for instance – the latest piece of speculation suggests that the phablet will arrive with the upcoming Snapdragon 800 SOC from Qualcomm.

Earlier this month, a report surfaced stating that the company plans on introducing the handset with its latest Exynos 5 Octa processor that has 4 Cortex A15 and 4 A7 cores. The ‘trusted insider’ who provided this information also noted that there will be an octa core GPU in tow. In a recent benchmark result, the guys over at Android Authority managed to spot the device. And based on the details available, it appears that the phone is capable of outperforming the flagship S4.

This highly suggests that the latest Qualcomm processor could be at work on the inside. Well, it’s too early to say for sure which CPU will be featured in the upcoming Galaxy Note 3. But if it’s the Snapdragon 800, potential buyers can expect to find a good deal of improvements over the 600 SOC which is found on certain Galaxy S4 variants. These enhancements will be present in the form of a 2.3GHz quad core Krait 400 CPU, the Adreno 330 GPU, UHD video playback and 7.1 channel stereo sound output. 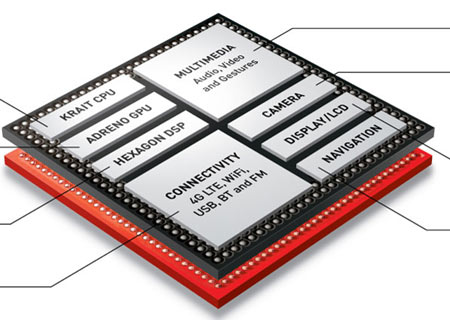 The Samsung phablet will arrive with a 5.99-inch Super AMOLED 1080p touchscreen, 3GB of RAM, Android 4.2 or 4.3 with the latest TouchWiz Nature UX, a 13MP camera and the trademark S Pen. Citing ZDNet Korea, the report also highlights that the latest processor from Qualcomm will be found in multiple smartphones such as the LG Optimus G2, the Pantech IM-A880 and the Xperia Honami. We already know that ZTE plans on launching a phone with this CPU and Motorola’s X Phone has been rumored to carry the AP as well.

So far, we’ve seen the Samsung Galaxy Note 3 through leaked images and we even know what to expect specifications-wise. Now, only if someone would slip in a price and a release date. The conglomerate has scheduled an event for June 20 where it plans on unveiling new Galaxy as well as Ativ devices. Maybe, the phablet in question will make an appearance there.