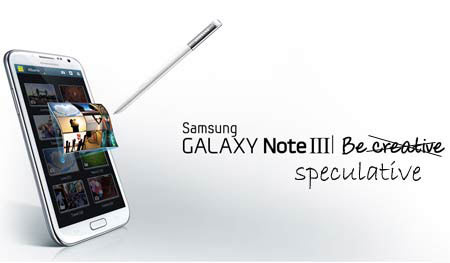 We’ve been seeing and reporting a lot of rumors on the Samsung Galaxy Note 3 over the past few months and while some come across as quite intriguing, there are a few that fell like a bit of a let down. Take this one for instance – The handset is expected to come powered by an octa core CPU which we know will be the Exynos 5, but the GPU will be an upgraded versions of the one found in the S3 and not the latest flagship module from ARM.

A trusted insider has disclosed to SamMobile that the Mali 450 GPU will take its place besides the high performance CPU. What we’re wondering is – Why would the South Korean conglomerate adopt this module instead of the fourth generation Mali T604 which is found in the Exynos 5 Dual? It only supports up to OpenGL ES 2.0, while the latter tags along OpenGL ES 3.0. Nevertheless, the chipset does proffer twice the performance compared to that of its predecessor and it’s capable of delivering enhanced graphics as well. The company plans on implementing it in an 8 core configuration. 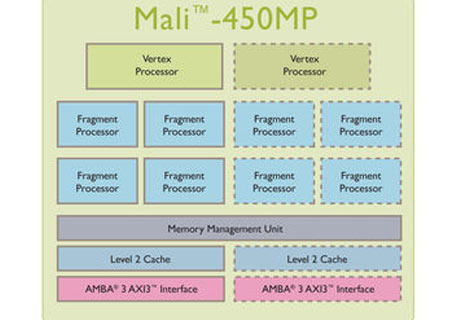 There’s no reason mentioned regarding the switch from the PowerVR 5XT series. But like all rumors, there’s no confirmation as well, which means things could change before launch. Apart from the GPU, a few more interesting revelations have been made. The display size and type has been under heavy speculation. While most leaks suggest that the handset will carry a 5.9-inch panel, we’ve been seeing mixed reports on the technology that will be employed. What started off as an LCD panel for enhanced S Pen responsiveness, reached to the possibility of a plastic OLED screen for better durability.

Well, the latest word out states that the device will house the same screen found in the latest flagship, a 1080p HD Super AMOLED display with a diamond pixel structure. The phablet is expected to be similar in appearance with the Mega 5.8. However, the final design isn’t decide on as the company might be looking to implement its flexible display depending on whether it’s ready on time. Other tidbits disclosed by the report include 3GB of RAM, a 13MP camera and Android 4.2.2 or 4.3 with TouchWiz Nature UX 2.0.

As noted previously, we’re likely to see the Samsung Galaxy Note 3 in action at the IFA 2013 in Berlin.