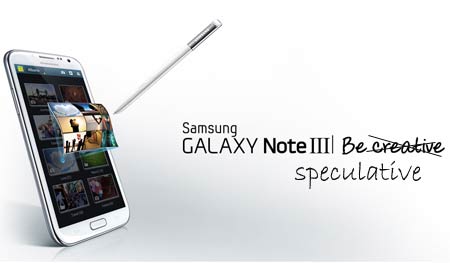 The Samsung Galaxy Note 3 release date has already reached a stage of speculation and it’s only been a little over 3 months since its predecessor was launched at the IFA 2012 in Berlin. And what’s interesting is that the South Korean conglomerate seems to have plans of introducing the upcoming iteration with a display spanning a whopping 6.3 inches wide.

The guys over at BGR are reporting based on details provided by The Korea Times that the touchscreen expected to be employed within the Galaxy Note 3 will be of an OLED type. And to keep up with the recent trend, the panel is most likely to proffer 1080p full HD resolution. The report highlights a previous topic which talks about an expert’s opinion that a screen with FHD visuals may not be visually better than a 720p one. The reason is that most panel sizes are too small to take advantage of the extra pixels. So probably, stretching the display length could solve the problem. 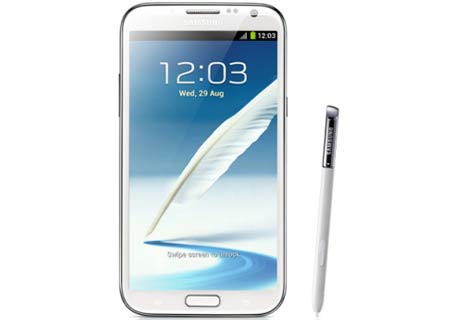 The current iteration is already facing competition from various ends. HTC has its high-end Butterfly handset with an FHD panel and there are various other contenders as well, including the Oppo Find 5. And not to mention the numerous rumors going about of other phablets like the 6.1-inch Huawei phone touted to boast of 1080p resolution too. As of now, there are no concrete details on what specifications it will carry.

Knowing Samsung, it should come with the next generation Exynos 5 processor which is based on the ARM A15 architecture. What worries us is – Will a 6.3-inch display do any good to users? As if the 5.5-inch panel on the current version isn’t big enough. And why would the company plan such a handset if there’s a slightly larger version reported to be in the works? The Note 7 and the 6.3-inch device in question could be one and the same.

If the rumor holds true, then the Samsung Galaxy Note 3 could make an appearance next year. While the speculated launch details are quite helpful, chances aren’t high that we might see the smartphone make its debut at the upcoming CES or MWC expos. We’re more likely to see the S4 launch in May and maybe the conglomerate will announce the phablet a few months later. Well, anything’s possible.