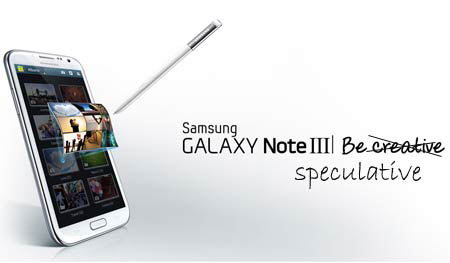 The Samsung Galaxy Note 3 release date has been surrounded by a fair share of gossip and the latest speculation to spark fire in the rumor mill suggests that the phablet will go on sale during Q4 with a plastic OLED touchscreen.

The smartphone’s screen size and type have been the most talked about. Various reports published state that the device could come with an LCD panel for better S Pen functionality. And back when accessories for the flagship S4 were revealed, many speculated that the device will sport a 6.3-inch display. Fast forward to today and the latest word on the street has a different story altogether. The South Korean conglomerate plans on introducing its first plastic OLED display through its next phablet iteration.

Unlike the HD Super AMOLED panel in its predecessor, the upcoming one will be much thinner and weigh lesser as well, with a RGB stripe. The benefits of this technology according to OLED-A, are that the chances of the screen getting cracked are greatly reduced. And not only will it enable the company to deliver slimmer designs which in this case should be around 8mm, there should also be more space for the battery, allowing higher capacities in smaller form factors. 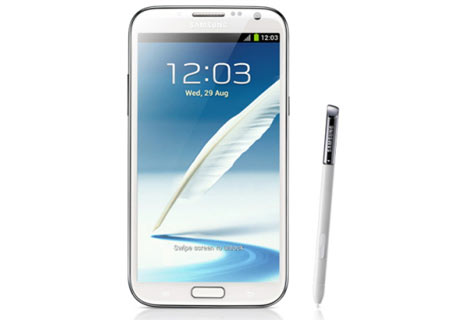 SamMobile is reporting based on details provided by an insider, that the new display will be showcased at the end of the year. The IFA 2013 is the closest thing that comes to mind and is a likely launch platform for the phablet. Lastly, the panel will span 5.99 inches wide, albeit what resolution will it be of is still the question at hand. Nevertheless, it could be 1080p or higher, that’s if the company wants to keep up with the recent trends.

Where hardware components are concerned, there shouldn’t be much difference between the S4 and the upcoming 6-inch handset. First and foremost, the Exynos 5 Octa SOC will take on the processing task with 2GB of RAM and PowerVR graphics at its side. There should also be 4G LTE connectivity on board as the chipset supports the cellular network and all 20 bands. Apart from these, the inclusion of a 13MP camera and Android 5.0 are highly feasible given the time of launch.

A plastic OLED display should prove to be more efficient than glass panels. But we’ll only know for sure once the Samsung Galaxy Note 3 gets officially released.