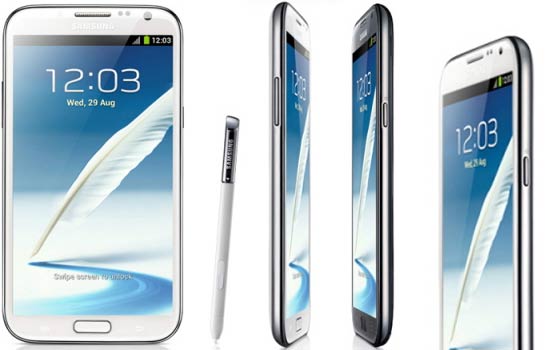 A fresh set of rumors concerning the Samsung Galaxy Note 3 have surfaced on the web and this time we have found out that the phablet will be made available in four variants when it releases in the month of September this year. Most of the Samsung phones use plastic shells, but what should be noted is that the OEM will be introducing a model of the upcoming smartphone that will utilize some high quality materials for its exterior.

Android Beat who came across this piece of information on a Korean website called ET News, reports that the non-plastic version of the device will be a limited edition product. And apart from a different chassis, it is also likely to have an advanced touchscreen on its front panel. This model of the Samsung Galaxy Note 3 will be graced by an unbreakable AMOLED display and a 13MP camera will also be thrown into the mix.

Additionally, there will be three more variants of the Samsung Galaxy Note 3, all of which will feature polycarbonate bodies. One of them will be the proud owner of the regular AMOLED screens that are associated with most of the smartphone form the OEM. This contender will have a 13MP camera as well.

The remaining two models should be cheaper than the previous ones as they will be adorned with LCD touchscreens. The only difference between these two alternatives of the Samsung Galaxy Note 3 that has come to light as of now is the snapper. One of the variants will have a shooter featuring a 13MP lens, while the other will have to make do with an 8MP one.

We are advising our readers to take this news with a pinch of salt as the OEM has not mentioned anything about the different versions of the Galaxy Note 3 as yet. Apparently, it will be introducing us to them in person at the IFA 2013.