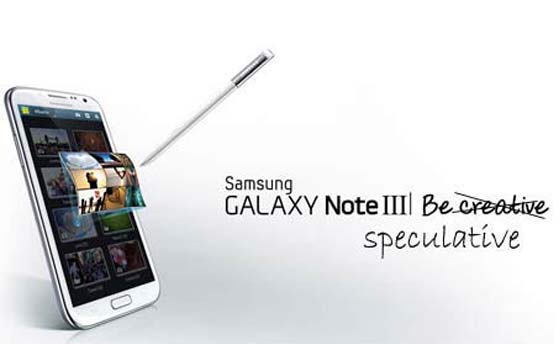 With the Samsung Galaxy Note 3 launch closing in, we’re starting to know even more about the company’s upcoming phablet iteration through more reliable information. As most are aware, Samsung has scheduled an event for September where we’re sure to see the device go official.

Speculation on the Samsung Galaxy Note 3 has been in abundance and a fair share of them hasn’t been entirely accurate. From a 6.3-inch display, we came down to a 5.9-inch panel and now, the latest word out is that the device will carry a slightly smaller screen of 5.7 inches wide. There’s also been news circulating suggesting that the handset will arrive in 4 variants, out of which, 2 will have with LCD touchscreens and the remaining will carry the standard Super AMOLED panels.

What we can confirm is that the Samsung Galaxy Note 3 will deliver visuals in 1080p FHD resolution. Like what the company did with the current flagship and its mini version, the phablet might also come in 4G LTE and GSM models. Based on leaked sketches received by Sim Only Radar, Unwired View reports that the former choice will sport a 2.3GHz Qualcomm Snapdragon 800 SOC, while the latter should feature an enhanced version of the company’s own Exynos 5 Octa chipset which is expected to be unveiled sometime this week.

Apart from delivering a fairly good idea on how the phone will look like, the leaked document also denotes that the Samsung Galaxy Note 3 will house a 13MP camera with a Xenon flash. However, one specific variant is likely to arrive with an 8MP snapper instead. Other details listed out comprise of Android Jelly Bean (possibly 4.3), A-GPS, Bluetooth 4.0, Wi-Fi a/b/g/n and USB OTG support.

We’re just over a month away from seeing the Galaxy Note 3 make its appearance on September 3.