The Samsung Galaxy Note 2 has received a new lease of life, at least in China where it’s being deployed with a quad core Snapdragon 600 processor. Yes – That’s the same chipset which is found in the LTE variant of the Galaxy S4 and in various 2013 flagships. So why did Samsung decided to drop off its Exynos 4 Quad AP and side with the Qualcomm SOC instead?

Well, the reason is pretty simple. Android Beat notes that this particular Samsung Galaxy Note 2 will work well with China Mobile’s ‘complex’ network infrastructure. The carrier currently provides connectivity over TD-SCDMA, W-CDMA, TDD-LTE, GSM and FDD-LTE bands. The provider officially announced the smartphone through Weibo that’s a microblogging website which looks and functions a lot like Twitter. Additionally, the Samsung Galaxy Note 2 is being touted mostly as a 4G device where users will be able to download an entire gigabyte (average HD movie size) in ‘less than a minute.’ 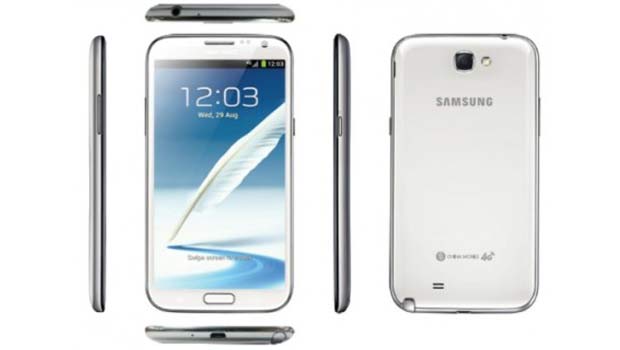 Dubbed the GT-N7108D, this Samsung Galaxy Note 2 variant is said to be part of the company’s next generation TD-LTE portfolio. Well, apart from the processor, no other details have been provided about the device. Based on the images from the carrier, we can safely say that it looks to be the same as the original and the rest of the hardware components are most likely to remain untouched. In a nutshell, the Samsung Galaxy Note 2 GT-N7108D will have 2GB of RAM, a 5.5-inch HD Super AMOLED touchscreen, an 8MP rear camera, a 3100mAh battery and Android 4.1. Jelly Bean 4.2 is reportedly cancelled and the conglomerate will instead, skip to version 4.3.

A Samsung Galaxy Note 2 with a Snapdragon 600 processor seems like pretty good pick, but what’s worth mentioning is that the next iteration in the series is scheduled to arrive in September carrying an even more powerful Snapdragon 800 SOC.