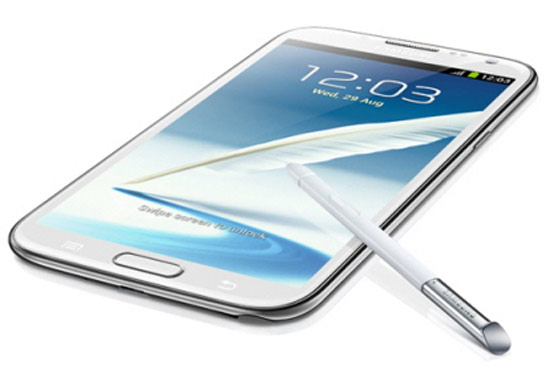 The Samsung Smart Upgrade offer on the Galaxy Note 2 which was supposed to end on June 30, is still open. Those who want to lay hands on the phablet have got 3 more days to make up their minds about it. That’s because the closing date for the deal is now July 15.

Customers will basically get an immediate refund of Rs 5,000 after paying the whole amount of Rs 37,500 to the eStore. Buyers will be required to call the 1800 103 8384 customer care number and arrange for a courier pick up of the old handset they wish to give in so that they can avail of the remaining Rs 5,000 discount. This must be done within 7 days of receiving the Galaxy Note 2.

The phones which can be given in as part of the offer include:

An old handset can only be submitted as part of the bargain if the battery and charger are packaged along with it. Also, it should be in basic working condition and not be broken in any way. Once the gadget reaches Samsung, it will take up to a fortnight before customers get the rest of the refund amount credited to their account. 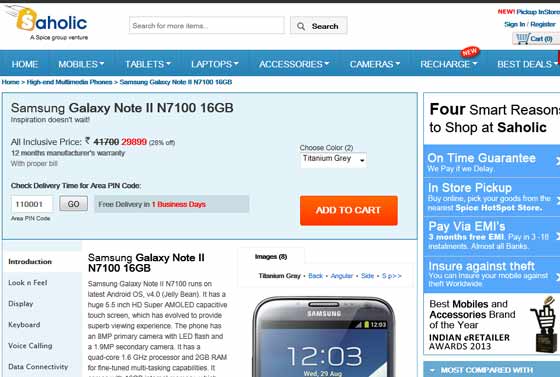 Flipkart is also vending the Galaxy Note 2 at the reduced rate of Rs 27,500 with the same exchange offer. The deal will run for an extra 5 days though, that’s until July 20. When a person places an order with the retailer, he/she will receive a confirmation call asking about the trade-in handset’s details. Additionally, the new smartphone delivery and old one’s pick up will happen simultaneously.

Even Infibeam is extending the cash back scheme to those interested in laying their paws on the Note N7100, though it hasn’t specified the date until when it will stay open. All of the aforesaid retailers are also proffering it on a 6-month, 0% interest EMI basis.

Lastly, those who’d rather keep their old phone but are still hunting down good discounts on the Galaxy Note 2, can head over to Saholic. The eRetailer has pegged it at Rs 29,899 with a 12-month manufacturer’s warranty. That’s a Rs 7,601 discount over the full price at which Samsung currently has it marked.

Also check out your local mobile phone store for any good deals on the device, if buying a cheap Samsung Galaxy Note 2 through any of the above options doesn’t cut it for you. In case you get a better offer on the phablet, do tell us about it in the comments section below. More of an Apple fan?