The price for Samsung Galaxy Note 2 in India has been confirmed as Rs. 39,990 at a launch event that was pulled together today. The handset is being offered in the colors marble white and titanium gray and 16GB onboard memory.

The Galaxy Note 2 comes with several improvement over its predecessor when it comes to key specifications. The handset features a 5.5-inch Super AMOLED capacitive touchscreen delivering visuals in a 720 x 1280o resolution with 267ppi sharpness. The display which throws up the TouchWiz user interface is protected by Corning Gorilla Glass 2 for withstanding all those bumps and scratches. 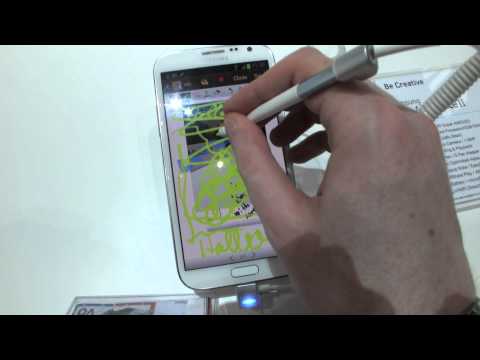 A quad core 1.6GHz Exynos processor powers up the functions of the smartphone. Running on the Android’s Jelly Bean platform, the device works with 2GB RAM and a 3100mAh Li-ion battery. Its rear panel shows off an 8MP camera, while there’s a 1.9MP one on the front. Samsung is selling this Galaxy member in three storage options of 16GB, 32GB and 64GB, with microSD support for a card of up to 64GB. 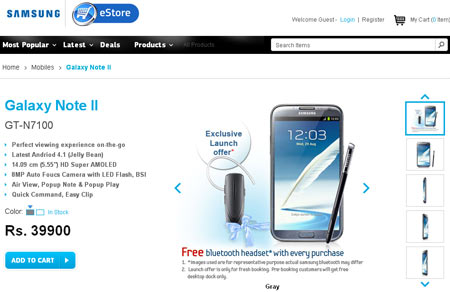 Speaking about other parts of the world, the phone-tablet hybrid is expected to hit U.S. Cellular on October 24. We’re yet to get any solid details from other carriers stateside on this front. As for the UK, the gadget has already been given an October 1 release date.

Though the Samsung Galaxy Note 2 can be bought for Rs. 39,900, those who buy the device through Snapdeal should be able to avail of a Rs. 1,000 discount upon pre-booking it. The tag we’ve mentioned is for the 16GB capacity and there’s word on whether the 32GB and 64GB variants will arrive in the country or not.