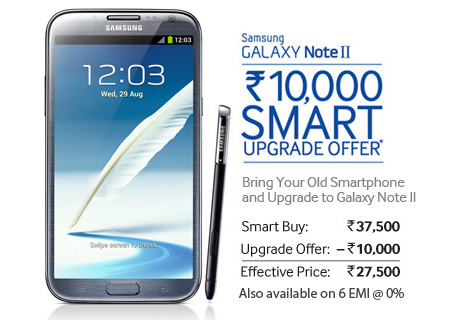 Those looking to upgrade to the Samsung Galaxy Note 2 are going to be delighted knowing that they can get the phablet in India for a price below Rs 30,000 by opting for the Smart Upgrade offer. The promotion looks quite simple – Customers can avail of the Rs 10,000 discount after picking up the large handset from Samsung and then trading in one of their old smartphones.

Here’s how it works in detail – Once an order is placed for the Samsung Galaxy Note 2 with the offer selected, buyers will receive the smartphone along with an empty box in which they are expected to pack the old device along with the charger as well as accessories and have it couriered to the company within 7 days. Also, providing appropriate ID proof is mandatory. Just to be clear here, customers will be charged the full amount to purchase the Samsung Galaxy Note 2. After which, the eStore will provide an instant cash back of Rs 5,000. 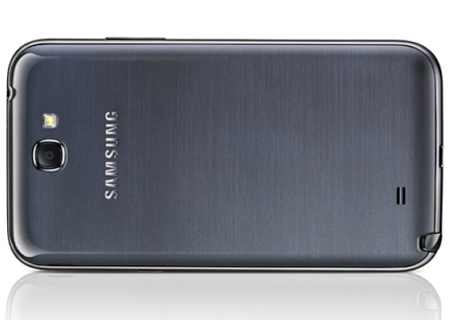 The remaining sum will be reimbursed once the old smartphone has passed inspection. According to the company, it might take up to 2 weeks. Well, there are a few terms and conditions which apply as well. Specific phones are being accepted from manufacturers such as Nokia, BlackBerry, Sony HTC, Apple, Micromax and Karbonn amongst others. And the device being traded in must be in working condition with every component undamaged and functioning properly.

The Samsung Galaxy Note 2 carries on the same tradition its predecessor started. Accompanied by the series-specific S Pen, the handset aims to deliver enhanced productivity with a rich Android experience. To do so, it packs in a 5.55-inch HD Super AMOLED touchscreen. Tucked away within its 9.4mm thick form factor is quad core 1.6GHz processor, 2GB of RAM, 16GB flash storage with 64GB microSD support and a 3100mAh battery. Other features comprise of an 8MP camera, a 1.9MP webcam, Wi-Fi, Bluetooth and Jelly Beam 4.1 amongst others. 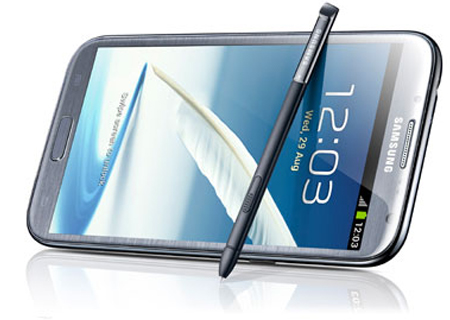 The Galaxy Note 2 Smart Upgrade offer is valid across the nation and it is expected to run until June 30, 2013. For reminder’s sake, the entire MRP of the smartphone will be charged on purchase, which is Rs 37,500. The company is also offering it on EMI for 6 months at Rs 4,595 in color options of gray and white.