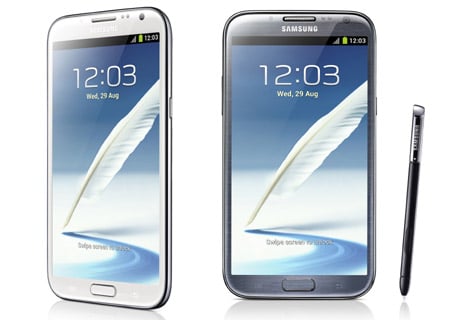 The Samsung Galaxy Note 2 is available in India to pre-book from online retailer Snapdeal while it awaits an October release. The device was announced towards the end of last month at the IFA held in Berlin, a platform for several other announcements and launches as it turned out.

A quick look at the specifications reveals that the Note 2 ships with Android Jelly Bean on board, good news to any technology fan. It has an 8MP primary camera with auto focus and LED flash as well as a 1.9MP front-facing one for such needs as video conferencing. Samsung’s famous S Pen stylus has been upgraded for the smartphone and should provide a more intuitive, fluid experience when capturing ideas.

The device also carries along a 1.6GHz quad core processor and 2GB of RAM, making sure things never move at a dull pace. A 5.5-inch 1280 x 720p HD Super AMOLED screen makes for a nice surface for users to be entertained. And the 3100mAh battery helps take things across the finishing line when out and about. The provided 16GB of internal storage can be backed up by as much as 64GB of user-expandable memory via a microSD card. 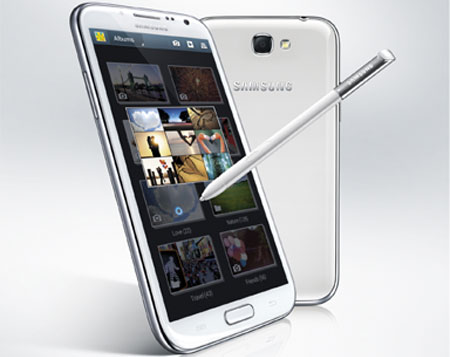 The Note 2 can be pre-ordered from Snapdeal by putting down a non-refundable amount of Rs. 1,000 with quite a process to follow. A voucher will be sent to the user reflecting the pre-booking amount. At the time of launch, those who’ve pre-booked will receive an exclusive e-mail along with a promotional code. When making the payment, this code serves to provide a Rs. 1,000 discount.

The Samsung Galaxy Note 2 will be launched in India in the first week of October. It’s price had earlier been teased on Infibeam.