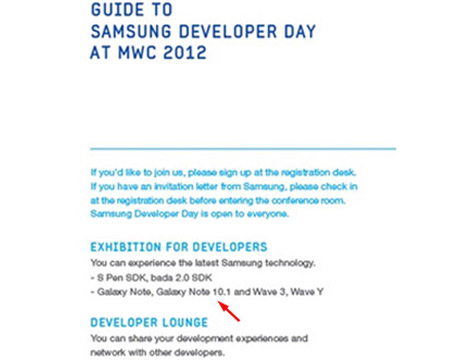 Can anyone still pretend the Samsung Galaxy Note 10.1 is a smartphone-tablet hybrid if it’s set to increase the size of its already gigantic-by-comparison screen? The news hasn’t gone official yet, but it looks like Samsung has a bigger version of the said gadget up its sleeve. The leak comes courtesy of an MWC Samsung Developer Day invite sent out by the company.

Apparently, The Verge got a ‘We don’t comment on future product announcements’ in response to the leaked news. Since the Samsung representatives didn’t phrase the reply as ‘We don’t know anything about a Galaxy Note 10.1 and hence can’t comment on a product that doesn’t exist,’ we’re guessing a bigger version of the phone-tablet crossbreed will indeed show up at the MWC 2012. 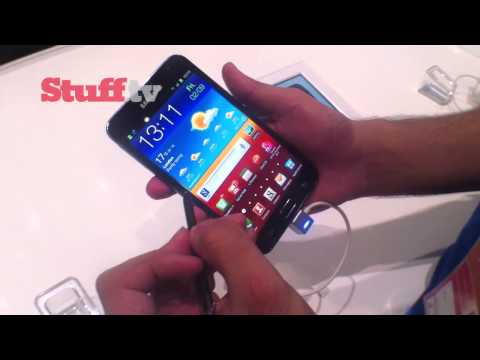 While the original Samsung mobile device sported a 1,280 x 800p, 5.3-inch HD Super AMOLED display, its successor may just flaunt a tablet-like form factor owing to a more expansive screen. But our guess is as good as anyone else’s on the reasoning behind the rumored slab not carrying the Galaxy Tab name. If Apple couldn’t lodge the iPad firmly between the netbook and tablet categories as it intended to initially, will Samsung’s mission to sneak the larger Galaxy Note into a revolutionary new segment be successful? 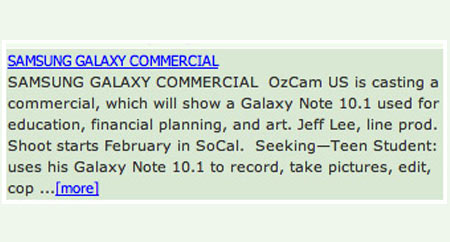 And for those who are convinced it’s a misprint, a Samsung commercial’s casting call asking for actors who could play the role of a teen student was also dug up. The Samsung Galaxy Note 10.1 ‘user’ was meant to be shot recording, taking pictures, editing and more, on the device.