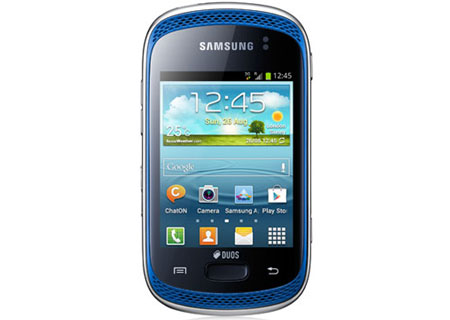 The price for the Samsung Galaxy Music Duos in India has come out through online retailers, and while a few offer users the chance to be notified when it becomes available, only one is selling it at the moment. The always-on dual SIM handset comes with Android Ice Cream Sandwich and it is unclear whether there’s a possibility of upgrading to Jelly Bean.

The Galaxy Music Duos has a 3-inch QVGA capacitive touch screen display that offers visuals at a resolution of 240 x 320p. A 3.0MP CMOS camera with auto focus and 2x digital zoom can be found on the rear panel, but 3.2M images at 2048 x 1536p resolution can be captured. It offers panorama, portrait, landscape and scene modes for image shooting, while video is recorded at 25fps. 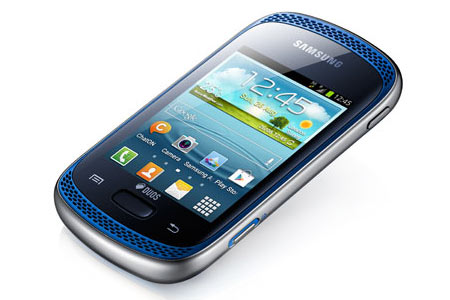 512MB of RAM has been added to overlook working and should go nicely with the ICS platform. Samsung says there is about 4GB of internal memory at users’ disposal which can be expanded by up to 32GB via a microSD card slot. It is even listed as having a 850MHz Cortex-A9 processor.

The name suggests that it’s been built for music and to that effect it supports a variety of audio formats including MP3, AAC, AMR, midi and OGG, but will not play wma files. It comes with FM radio and Bluetooth 3.0 as well as 2.4GHz 802.11 b/g/n Wi-Fi. USB 2.0 connectivity is also available and the device can work on 2G as well as 3G bands. 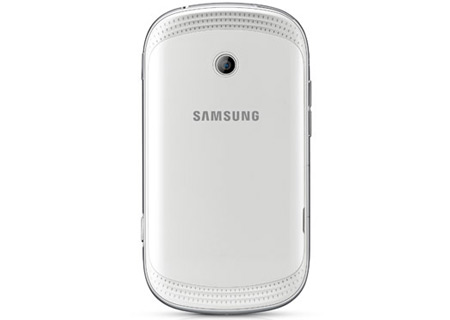 The Samsung Galaxy Music Duos is available in India through Snapdeal in blue and can be purchased from the online retailer for Rs. 8,999 after a 9 percent discount. The Samsung India eStore has the phone listed for Rs. 9,199 in white and blue color options, but doesn’t have it in stock. The handset has also shown up on Flipkart although there is no mention of how much it costs. E-retailers currently not selling the phone include eBay India, Infibeam, Saholic and Homeshop18. 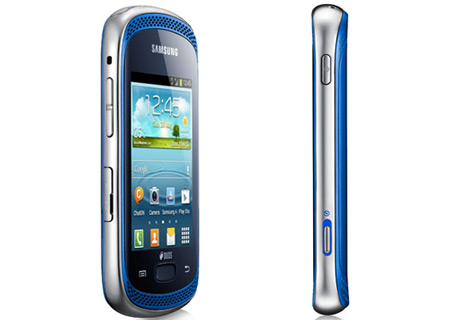