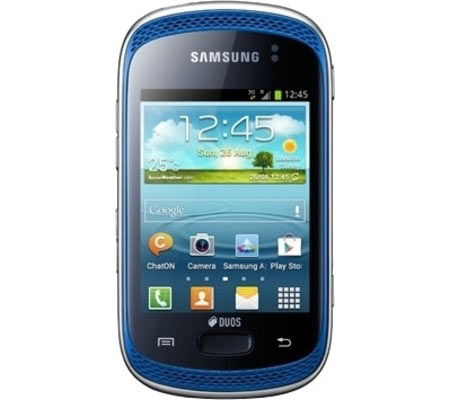 The Samsung Galaxy Music Duos has been granted proper availability status, with its cost in India being listed by various retailers at around the Rs. 8,990 mark. This budget Android smartphone kicks in always-on dual SIM capabilities, and comes drenched in two different colors – splash blue and ceramic white. Earlier this month, we had reported that although the device was being listed by a few E-retailers in the country, most of them didn’t have it in stock. That has changed now, and interested buyers can purchase it online at the above mentioned price.

The Galaxy Music Duos features dimensions that read 110mm x 59mm x 12.25mm, while its weight has been set at 107gms. Its body has been equipped with a 3-inch display which throws out its visuals at a QVGA resolution of 240 x 320p. The battery that has made its way into the handset is of 1300mAh capacity, and it helps it achieve a talktime of up to 920 minutes and a stadby time of up to 500 hours. 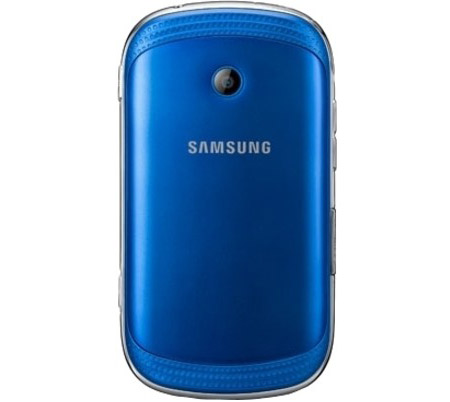 A 3MP rear snapper has also been added to the mix by Samsung, with traits like 2x digital zoom, AF and more. The camera even allows users to shoot videos and view them at 25fps. A front-facing snapper seems absent from the whole setup. As far as its operating system is concerned, the smartphone runs a slice of the Android Ice Cream Sandwich OS, and sports the familiar user interface that’s seen on most of the devices made by the South Korean manufacturer. 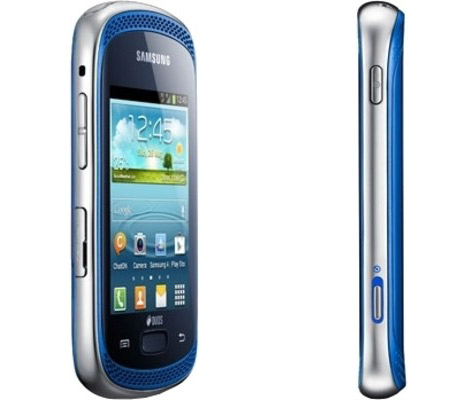 Its internal memory has been pinned at 4GB, while a microSD slot ensures that it can even be expanded till up to 32GB. The handset ships with Wi-Fi and 3G support as well. Other additions include an accelerometer, a proximity sensor, a compass, Bluetooth, DLNA, A-GPS, Wi-Fi hotspot, micro USB and more. 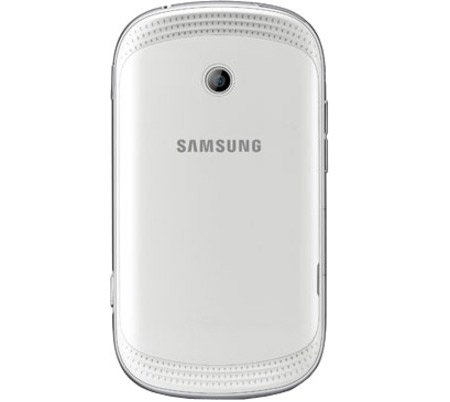 As mentioned above, the price of the Galaxy Music Duos in India has been set at Rs. 8,990, but it is varying in bits with different E-retailers. Some of them however are offering it in select areas only it seems. It can be purchased through the Samsung eStore, Snapdeal, Flipkart, eBay, HomeShop18, Saholic and more.