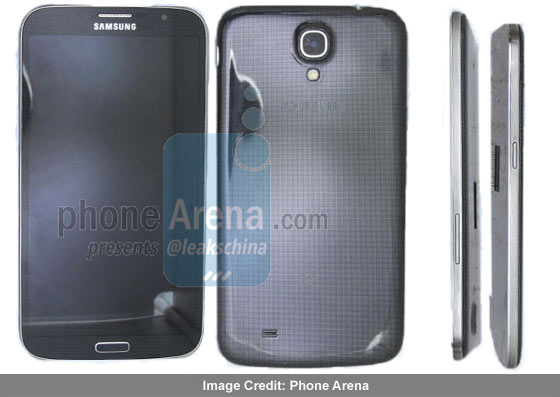 A Samsung Galaxy Mega 6.3 Duos might be in the making currently, for a picture and details regarding this alleged handset have just leaked out. If they turn out to be true, we could soon see Samsung coming out with a dual SIM variant of one of the biggest smartphones around. Officially, nothing has been announced as yet however.

Phone Arena has got hold of a picture which depicts the apparent handset from four angles, and the website has also revealed that it bears the model number, SCH-P729. It can be noted that a Bluetooth certification for this model number had already been issued in the past.

Apart from the dual SIM card slots, the Samsung Galaxy Mega 6.3 Duos is expected to have the same specifications which its current version comes equipped with. This includes a screen size in accordance to the number in its name, which garners a 720p resolution. Moreover, a 1.7GHz dual core processor also makes its way into it, apart from a 1.5GB RAM. Same could be the case with the Samsung Galaxy Mega 6.3 Duos.

This huge device weighs in at 199 grams, and has its dimensions set at 167.6mm x 88mm x 8mm. Its battery is a 3,200mAh one, and its dual camera setup includes an 8MP snapper and a 1.9MP webcam. The latest version of Android Jelly Bean will of course be finding its way into the apparent Samsung Galaxy Mega 6.3 Duos, and it will indeed be layered with a modified user interface aimed at taking advantage of the large display size.

We’ll have more on this alleged Galaxy Mega 6.3 Duos when fresh information about it is made available.