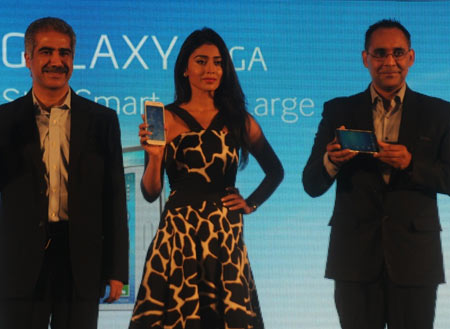 The Samsung Galaxy Mega 5.8 has been revealed in India by the company. Just yesterday, we caught the two devices getting ready to be peddled by online retailers across the country and now they’re official.

The Samsung Galaxy Mega 5.8 and its companion are expected to hit the market in mid-June. Now we know that the company is keen to concentrate on voice calling devices in this particular region from our interview with the product manager of the brand in the nation, Vikas Tagra. Promise kept, with the latest introductions. The smaller of the devices that we’re talking about here has a SIM card slot for HSPA＋21/5.76 connectivity and it also features Wi-Fi, of course. 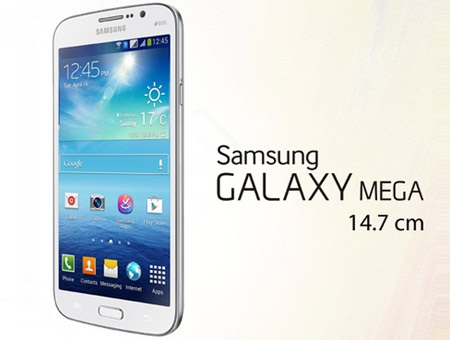 A dual core 1.4GHz application processor is fitted into the chassis and the hybrid runs on Android Jelly Bean 4.2. Apart from a large 5.8-inch (we’d call it humungous if it wasn’t for the 6.8 variant) qHD touchscreen, the front panel also hosts a 1.9MP camera. But the main snapper is obviously the 8MP one on the back. It has the expected array of effects to enhance the photography experience, such as Best Photo, HDR, Drama, Beauty Face and so on.

One of the more interesting aspects of the camera is something we’ve seen on the S4 already – Sound & Shot. It lets people capture 9 seconds of audio along with a photo. All fireworks, of course, but novelty is hardly a bad thing. Check out the feature in action via the YouTube video we’ve posted below. While most may question the need for the phablet’s IR remote control capability for a ‘richer TV experience,’ users probably won’t know they need it till they do; if ever.

Touching on the other key specifications of the device, a 2600mAh battery keeps it up and running, while 1.5GB of RAM pulls it through all the tasks users throw at it. There’s 8GB of storage onboard. But that’s obviously not going to be enough room for those who like to stay entertained on the move. So there’s a microSD card slot for added expandability up to a maximum of 64GB. Some of the software additions which are fitted into the 162.6mm x 82.4mm x 9mm body involve Group Play, WatchON, Story Album, S Voice 2.0 and so on.

While the official price in India for the Samsung Galaxy Mega 5.8 is Rs 25,100, Infibeam is currently offering it for Rs 24,900 and is even throwing in a 3-month EMI scheme for consideration. Ignoring the South Korean company’s mid-June release date detail, the retailer is also citing a June 3 launch day for it. Other online portals are yet to start taking pre-orders for the same. 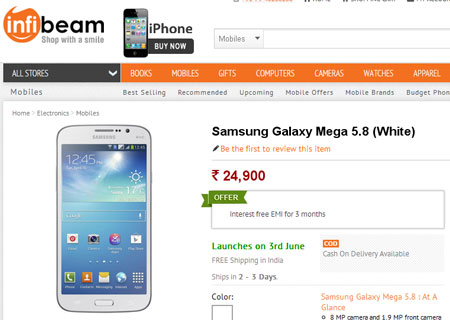 Key specs of the device: