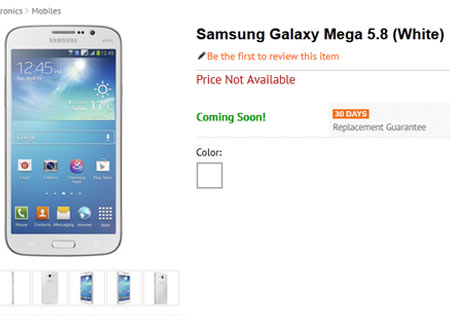 The Samsung Galaxy Mega 5.8 and 6.3 smartphones have showed up through a couple of retailers in India and this basically denotes that the South Korean conglomerate plans on launching both devices soon. The former has been spotted in both single and dual SIM configurations with 8GB of storage, while the latter has been listed with options of 8GB as well as 16GB of internal memory.

The handset duo was under high speculation before it went official back in April. As their names indicate, they feature 5.8- and 6.3-inch displays, respectively. Both Samsung phablets operate on the Android 4.2 platform and pack in various features that are exclusive from the company. Apart from TouchWiz, they will be preloaded with Group Play that allows users to share content with up to 8 devices and WatchON which acts as an IR remote for controlling entertainment systems. Link, S Translator, ChatON, S Memo, S Planner, Air View, Story Album and many more tools have been added as well. 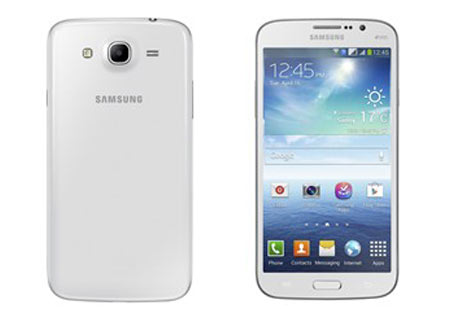 The 5.8-inch device is equipped with a TFT qHD touchscreen panel. In terms of dimensions, it measures 162.6mm x 82.4mm x 9mm and tips the scales at 182 grams. Delivering the steam is a dual core processor that’s clocked at 1.4GHz. To assist it, the company has thrown in 1.5GB of RAM and a large 2,600mAh Li-ion battery. An 8MP camera is placed on the rear for capturing images and recording videos, while live face to face calls can be commenced through the 1.9MP front-facing snapper. For hoarding content, there’s 8GB of internal memory and a microSD card slot that supports up to 64GB. 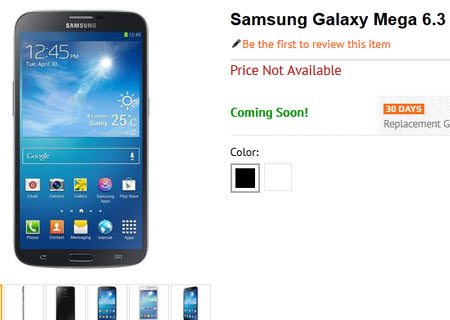 Unlike the aforementioned phablet, the larger one proffers visuals in HD resolution. Where form factor is concerned, it measures a tad slimmer than the former at 8mm thick, but weighs more at 199 grams. The battery and CPU speed have been bumped up as well, standing at 3200mAh Li-ion capacity and 1.7GHz clock speed, respectively. Both devices share the same cameras and connectivity features which comprise of Wi-Fi a/b/g/n/ac, Bluetooth 4.0, USB 2.0 Host, GPS with GLONASS, NFC and MHL support. 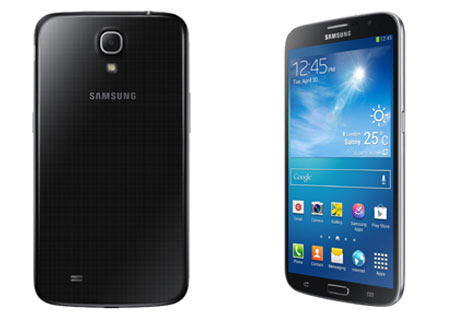 The Samsung Galaxy Mega 5.8 has showed up with dual SIM slots on Saholic, while the single SIM version has been listed on Infibeam along with the 8GB as well as 16GB models of the 6.3-inch smartphone. Apart from a coming soon banner and an option to register for availability updates, no price or release date has been disclosed as yet for either handset.