Just a few days back we reported that the Samsung Galaxy Mega 2 could go official in India soon. Well, that assumption was spot on as the device has been unveiled and is also up for grabs at Rs 20900 which is a bit lower than the previously disclosed price.

The Samsung Galaxy Mega 2 is a large handset which offers mid-range specs and the successor to the Mega 5.8 and 6.3. The device recently went official in the US via AT&T and it’s also on sale in select locations across Asia. For India, the company has launched the SM-G750H version which reportedly comes with a 64-bit processor. 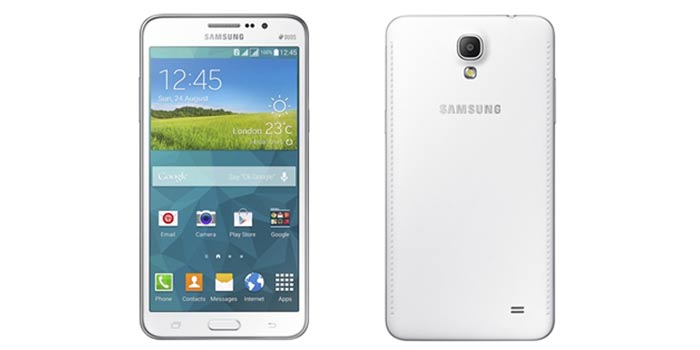 The chip used here is a quad core one clocked at 1.2GHz, albeit there’s no mention on the make or model. Our best guess would be the Snapdragon 410, but there’s a chance of it being a 400 SOC also. Other models are confirmed to carry a 1.5GHz quad core processor of unknown make.

The Mega 2 offers a screen spanning 6 inches wide with 720p HD visuals. The display is accompanied by a 5MP camera, while an 8MP snapper can be found on the rear. Dual SIM slots, NFC and Wi-Fi are onboard along with 3G connectivity, but no LTE support which is a bit disappointing.

The Samsung Galaxy Mega 2 is currently available for purchase through the company’s eStore in options of black and white.