We already know that Samsung is going to launch its next camera-focused smartphone in a week, so while you wait, here are a couple of new leaked images of the Galaxy K Zoom to keep the anticipation going. The device was initially known as the S5 Zoom, but it looks like the company might end up marketing it as a separate product line altogether.

According to CNET, the Samsung Galaxy K Zoom could be slimmer than its predecessor and it will have the same dotted rear panel design seen on the Galaxy S5. The leaked images come via Chinese website tieba.baidu.com and they only showcase the side and rear views of the camera-focused smartphone, so the front’s appearance is still a mystery. Knowing Samsung, you’re most likely to be presented with a layout that’s no different from what current Galaxy phones flaunt. 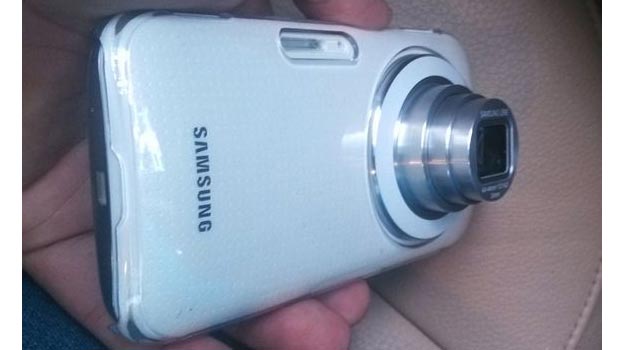 The Samsung Galaxy K Zoom will be taller than its predecessor, carrying a 4.8-inch HD display and the internals have been revamped to accommodate beefier hardware. The device is powered by the Exynos 5 Hexa chipset which is also found in the Galaxy Note 3 Neo. The SOC has dual Cortex A15 cores, quad A7s and Mali T624 graphics. The rear camera which is the main highlight will have a 20.2MP sensor and up to 10x optical zoom. There’s no word on specific features, but it would be good if the device could capture 4K videos. 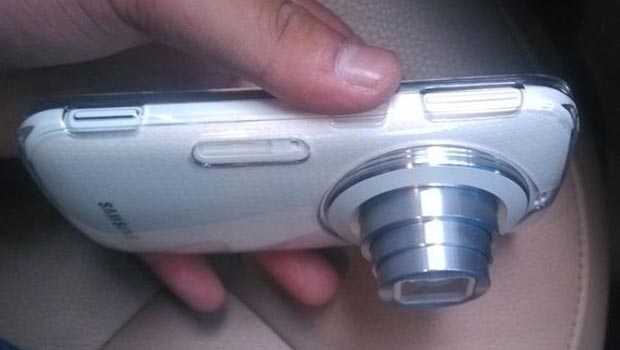 The Samsung Galaxy K Zoom will be officially unveiled on April 29. We’ll keep you updated with the latest leaks and reports until then, so stay tuned.