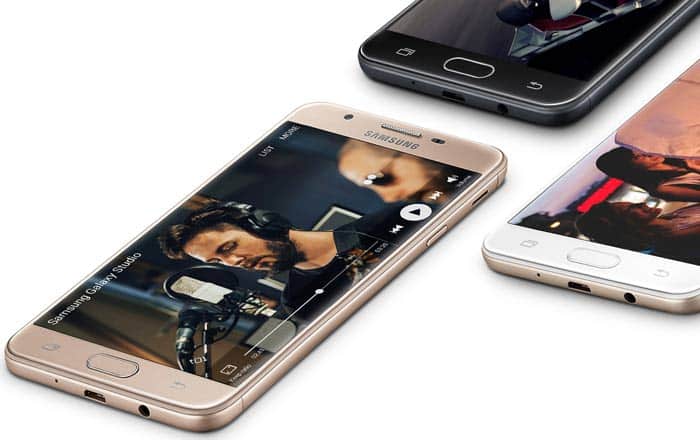 Samsung has officially launched the Galaxy J7 Prime and Galaxy J5 Prime in India a few weeks after the former made its international debut. The first is available right now, while the second will go up for sale by the end of September.

Both the Galaxy J7 Prime and Galaxy J5 Prime offer two new features which Samsung says were developed at its India R&D centre. The S Power mode lets users take advantage of a reserve battery technology for when the energy supply is running low. The tool is supposed to do things like reserve the handset’s juice for calls and forward them when it’s running out of power.

The S Secure mode is probably meant for security-conscious consumers, allowing them to lock and hide their apps, secure their Wi-Fi connection, and create a Secure folder to store photos and apps away from prying eyes. The two also come with Samsung’s signature Ultra Power Saving Mode which switches off all background running apps to conserve battery consumption.

A quick look at the top specifications of the Samsung Galaxy J7 Prime:

The Samsung Galaxy J7 Prime and Galaxy J5 Prime are priced at Rs 18790 and Rs 14790, respectively. The phones are also being bundled with a Vodafone offer which gives away 9GB of data spread over 3 months upon paying for 1GB of data. You can buy the former via the brand’s site.