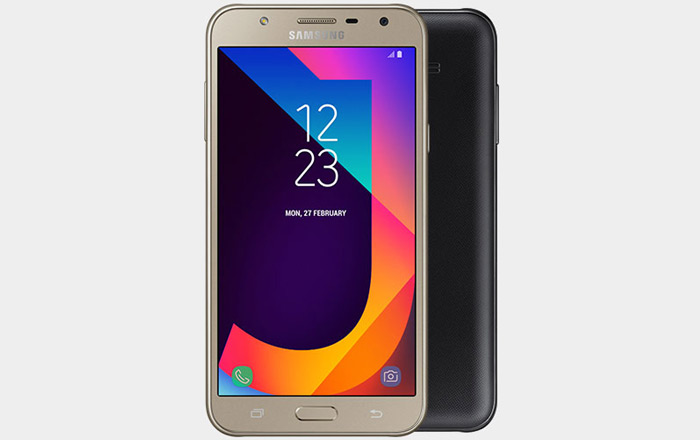 Samsung has added yet another member to its increasingly crowded J7 portfolio in the form of the Galaxy J7 Nxt. The ‘Nxt’ moniker has only been used for the brand’s On lineup so far, a separate lineup of affordable phones.

The Galaxy J7 Nxt will set buyers back by Rs 11490, pushing it to the lower end of the mid-range market sector. It’s got the specs to match, sporting a plastic body with a patterned back design. Its biggest highlight is its Android 7.0 Nougat-based UI. There’s also its 5.5-inch Super AMOLED screen for enhanced visuals.

In terms of photography, the Samsung phone offers up a 13MP rear camera which comes with an aperture of f/1.9 and LED flash. It’s been paired with a 5MP selfie shooter that also offers an LED flash unit, in addition to a f/2.2 aperture.

The Galaxy J7 Nxt will have to compete with other budget offerings in the cut-throat Indian market sector. One of its biggest rivals will likely be the Xiaomi Redmi Note 4. The handset series is available at Rs 9999 for its 32GB/2GB model, Rs 10999 for its 32GB/3GB one, and Rs 12999 for its 64GB/4GB model.

Specifications of the Samsung Galaxy J7 Nxt at a glance:

The Samsung Galaxy J7 Nxt is set to be sold in black and gold color options. It’s already arrived in offline stores across India. You can also choose to buy it via the company’s website priced at Rs 11490.