It was back in April that we first head of the Samsung Galaxy J5 and J7 smartphones and with the two devices now getting certified for sale in China, their existence has more or less been confirmed. Also, the TENAA website which has given the duo the green light for sale in the country has revealed specs and images of both handsets.

Quite a lot of information on the Samsung Galaxy J5 and Galaxy J7 has already been revealed thanks to a previous leak and we can now measure the accuracy of the details. The former handset is said to be the smaller of the two sporting a 5-inch display, while the latter has a 5.5-inch panel.

The phones will be beefier than the Galaxy J1 which was the first addition to the series. Samsung looks to have gone with a plastic design for both handsets, notes PhoneArena. And we wouldn’t be surprised by this mainly since the J series is designed with affordability in mind. 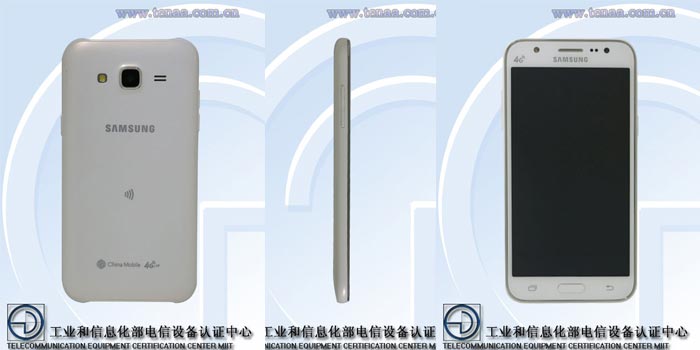 The Galaxy J5 and J7 are powered by octa core processors with the former having a clock speed of 1.4GHz and the latter configured at 1.2GHz. Previous information, however, suggested that the J5 would have a quad core SOC.

Also read: Samsung Galaxy A8 to come with 5.5-inch 1080p display, gets benchmarked

Apart from these features, we know that both devices will have Android 5.0.2 Lollipop and not version 5.1, 1.5GB of RAM, 16GB expandable storage, dual cameras and 4G LTE connectivity. There’s no word about the battery capacities, but a previous leak suggested that they would be rated at 2600mAh and 3000mAh respectively. 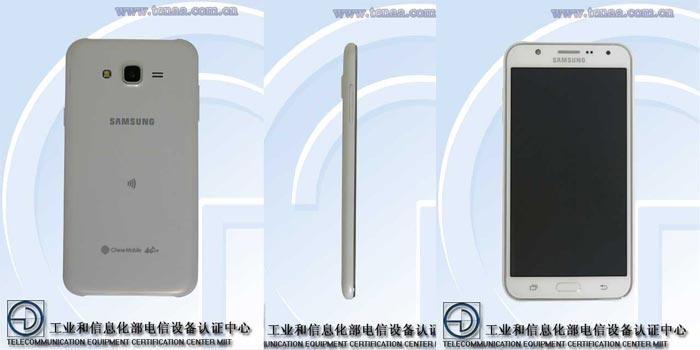 Here’s an overview of the latest Samsung Galaxy J5/J7 specs:

Now that the Samsung Galaxy J5 and Galaxy J7 have been certified for sale, we could see them go official in the next few weeks.