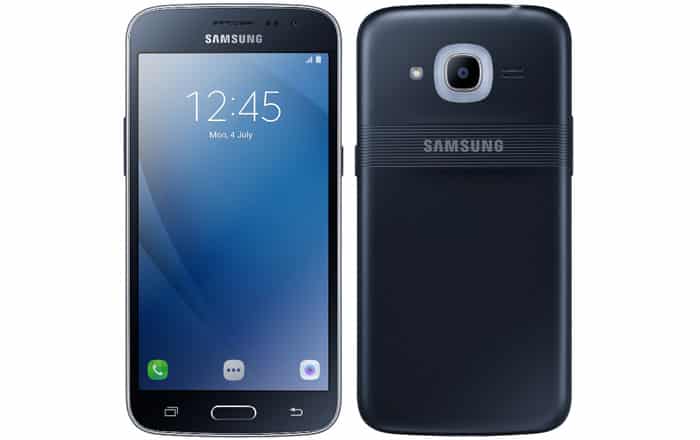 Samsung’s launched yet another Pro version of an existing handset, this time enhancing the specs of the less than a month old Galaxy J2 (2016). The new Galaxy J2 Pro looks pretty much the same as its predecessor, complete with the older version’s unique Smart Glow notification ring.

The Samsung Galaxy J2 Pro can be bought in exchange of Rs 9890 and is currently available exclusively over at Snapdeal. The previous edition is notably priced at Rs 9750. For Rs 140 more, interested buyers will get 2GB of RAM instead of 1.5GB and double the storage capacity from 8GB to 16GB.

All other specs appear to be the same between the two. The most striking element of the new Galaxy J2 Pro is its Smart Glow ring which can be used to color code notifications and usage alerts. For instance, you could associate a particular color with a contact to alert you when they’re calling.

You can also take advantage of it to click a perfectly aligned selfie with the rear 8MP camera. The Samsung device further ships with the brand’s Turbo Speed Technology (TST) which apparently makes sure apps load 40% faster than other smartphones which possess double the RAM.

Here’s a neat summary of the specifications of the Samsung Galaxy J2 Pro:

Other notable features include Samsung’s S Bike and Ultra Data Saving Mode. Like we mentioned above, the Galaxy J2 Pro is now vending via Snapdeal at Rs 9890.