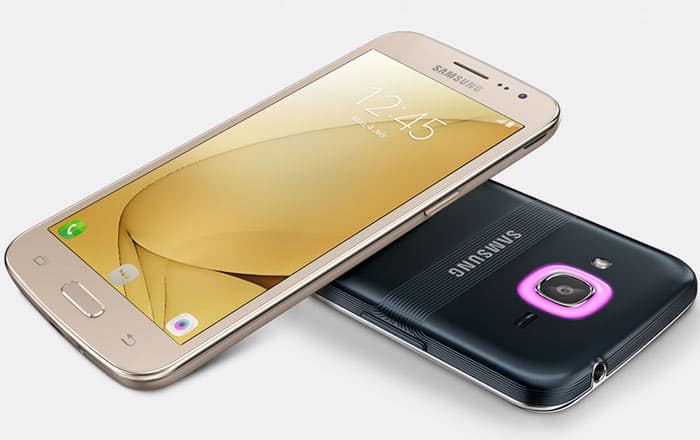 Samsung has officially taken the covers off the Galaxy J2 (2016) at an event in India alongside the new J Max. The former is set to be sold at Rs 9750 and will hit offline and online stores on July 14.

One of the major highlights of the Samsung Galaxy J2 (2016) is its Smart Glow LED ring. The tool lets users assign colors for contacts, apps, and phone utilization alerts so they can decipher notifications faster without having to look at the screen. A Selfie Assist feature lights up the ring when a face is fully aligned and clicks the photo automatically.

Samsung is also touting a Turbo Speed Technology (TST) function which apparently makes sure tasks are completed in the least amount of time by making use of the smallest amount of resources. It goes as far as to claim that apps load 40% faster when compared against phones with double the RAM.

Other key features of the Galaxy J2 (2016) include the fact that it runs Android 6.0 Marshmallow out-of-the-box, its UDS (Ultra Data Saving) tool, and the implementation of the brand’s S Bike mode aimed at making traveling easier for bikers. The tool filters all incoming calls so riders can hit the road without any distractions.

A quick summary of the specifications of the Samsung Galaxy J2 (2016):