Like the Galaxy E series, the Samsung Galaxy J1 smartphone will first make its debut in India which is clearly a key market for the South Korean conglomerate, especially for its entry-level and mid-range releases. The new handset will, of course, be an affordable one and it will go on sale for just Rs 7190 from tomorrow.

And you might not find the Samsung Galaxy J1 at local stores or most online retailers as Amazon will hold exclusivity over it. The e-commerce website has announced the phone’s upcoming launch via Twitter and notes that there will be ‘exciting offers’ bundled as well. However, the product page makes no mention of what goodies will be tagging along. 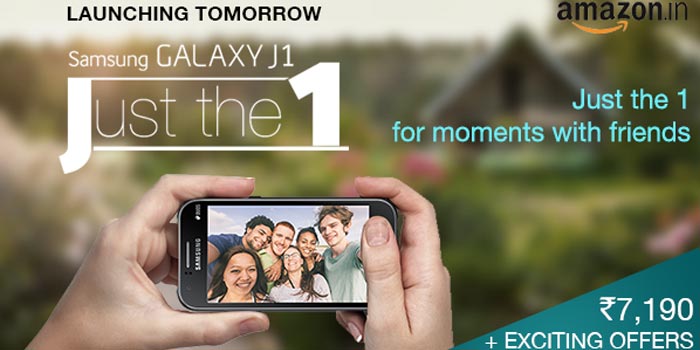 This is the first time we’re getting an official look at the Samsung handset and the details which were leaked earlier are more or less the same as what Amazon has listed, expect for a few changes. As expected, the phone is powered by Android 4.4 KitKat and it offers a 4.3-inch WVGA PLS TFT display for visuals.

Also read: Samsung Galaxy Tab A and A Plus have their specs leaked

However, it doesn’t come with 1GB RAM and a 64-bit Maxwell quad core processor as rumored. Instead, the phone will have a 1.2GHz dual core Cortex A7 chipset and just 512MB of RAM. This model of the Samsung Galaxy J1 offers dual SIM card slots and 3G connectivity, so the former features are more likely for the LTE model which isn’t being made available in India. 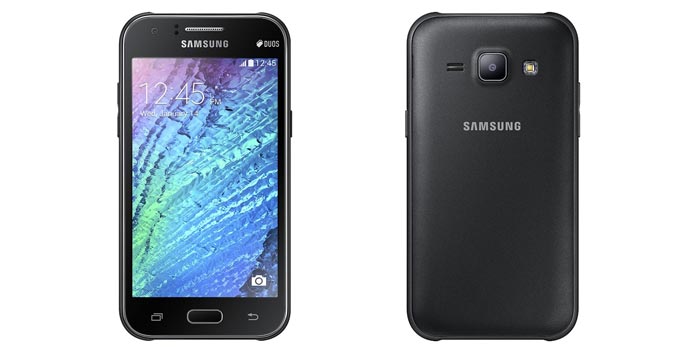 Here’s a quick overview of the Samsung Galaxy J1’s specs:

More information on the Samsung Galaxy J1 can be found at this link.