GSMArena notes that you can get the Samsung Galaxy J1 for the aforementioned amount in the Netherlands, while potential buyers in Germany will have to shell out €135. There’s a good chance that we might see the handset reach other locations over the coming weeks. What you should also know is that there are two models of the smartphone. 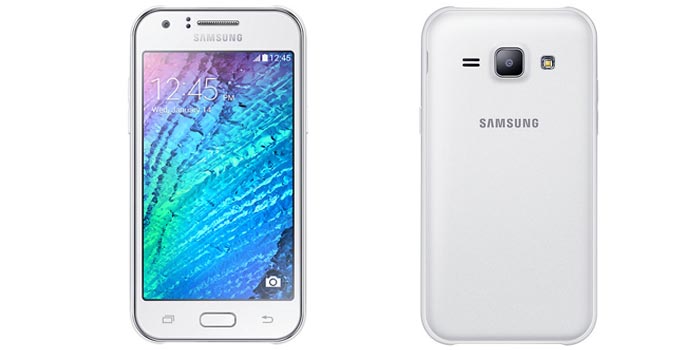 One model has 3G connectivity and mediocre features, while the other offers LTE with a decent roster of hardware. It’s the latter Samsung device that’s gone on sale in Europe, but locations where 4G isn’t present could receive the former option. The handset is basically the first in the brand new J series.

It’s designed for the entry-level market carrying a 4.3-inch WVGA display and there’s a 1.2GHz quad core processor which is probably 64-bit enabled, delivering the steam. The phone should also have dual SIM support and the usual connectivity options along with NFC. A 2MP camera is placed on the front for video calling and taking selfies, while a 5MP shooter can be found on the rear.

If the Samsung Galaxy J1 is too basic for your needs, you could always pre-order the Galaxy S6 flagship that’s currently selling for €699 in Europe.

Facebook
Twitter
Pinterest
Linkedin
ReddIt
Tumblr
Flip
Previous articleLenovo to launch new Vibe device on March 23, it may not be a flagship phone
Next articleInFocus M2 is an affordable and impressive selfie phone exclusive to Snapdeal