Now officially out in India is the Samsung Galaxy Grand Prime smartphone which has been priced by its maker at Rs 15499. It prides itself on its advanced front-facing camera that’s claimed to be suited for ‘groupfies’ or ‘group selfies.’

The snapper that’s placed on the front surface of the handset bears a 5MP sensor and an 85-degree wide angle lens. This latter component increases the field of view for the camera, thus letting users take wider shots with many faces in them. 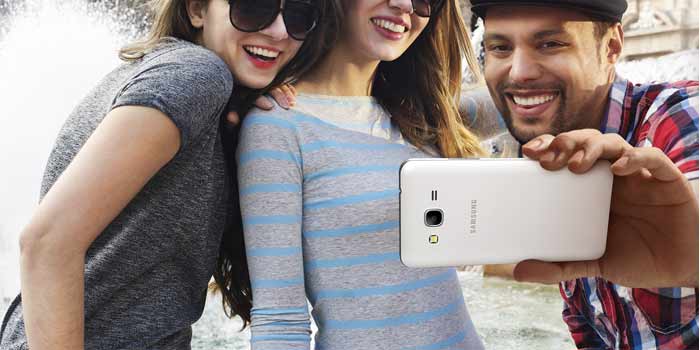 The Galaxy Grand Prime’s front is also highlighted by its 5-inch display, but it’s a qHD panel which is not expected to compete quite well with cheaper 5-inch devices that are offering HD visuals. The internal machinery of this Samsung phone includes a 1.2GHz quad core processor and 1GB of RAM.

This new entry to the extremely popular Grand range in India bears 3G and dual SIM support of course, while it even grabs an 8MP rear camera. There’s 8GB of storage onboard, apart from the provision to expand it up to 64GB with the help of a microSD card.

Here’s a neat look at the main specs of the Samsung Galaxy Grand Prime: 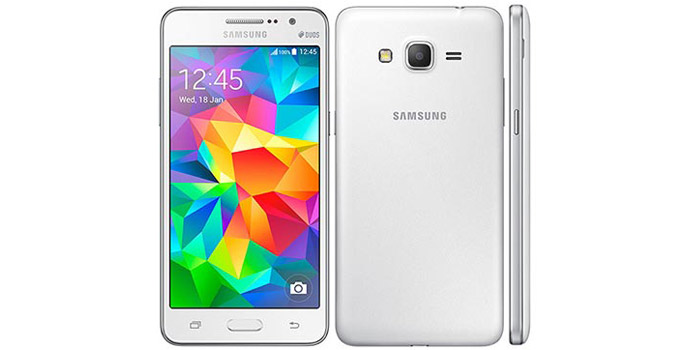 The Samsung Galaxy Grand Prime will be released through the company’s usual retail channels by the end of this week.