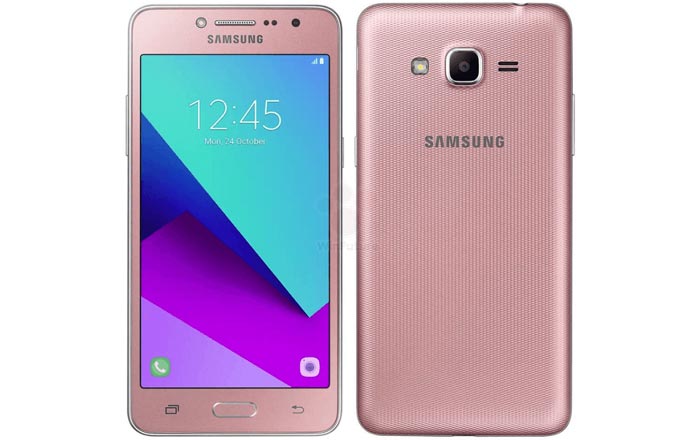 There’s a brand new Samsung offering in town going by the names Galaxy Grand Prime+ or Galaxy J2 Prime. The former is apparently its global moniker and the latter represents its Russian name.

To recall, the original Galaxy Grand Prime came out in 2014 and was followed by a 4G variant a year later. Its successor looks pretty much the same except for a fresh patterned back design and front-facing flash. As for the newer handset’s price, the Galaxy J2 Prime is currently selling in Russia via a site called OnlineTrade at RUB 9990 which converts to approximately $160 or Rs 10700.

The Samsung device doesn’t offer anything extraordinary in terms of specs. It sports a 5-inch IPS Gorilla Glass-protected display which outputs its visuals at a 540 x 960p resolution. The smartphone supposedly gets things done with the help of a MediaTek MT6737T quad-core processor. It contains 1.5GB of RAM and 8GB of internal space.

However, WinFuture claims that some variants will pack 2GB of RAM and either 16GB or 32GB of storage. The Galaxy Grand Prime+ further ships with Android 6.0.1 Marshmallow and derives its power from a 2600mAh battery. Photography aficionados can click snaps using its 8MP rear camera and 5MP selfie shooter.

Take a look at the main specs of the Samsung Galaxy Grand Prime+:

We’ll let you know as and when the Samsung Galaxy Grand Prime+ or Galaxy J2 Prime hits global availability.