There’s just no end to cheap Samsung smartphones and the Galaxy Grand Neo Plus which is reportedly official for India is proof of that. The series has way too many handsets to keep track of and the new addition isn’t anything to write home about either as it offers low-end specs coupled with a price tag of Rs 11700.

In a market as competitive as India, you’ll find many better options compared to the Samsung Galaxy Grand Neo Plus and for much cheaper. Nevertheless, if you’re a fan of the South Korean conglomerate’s TouchWiz UI and smartphone design, then the handset does make a compelling pick. 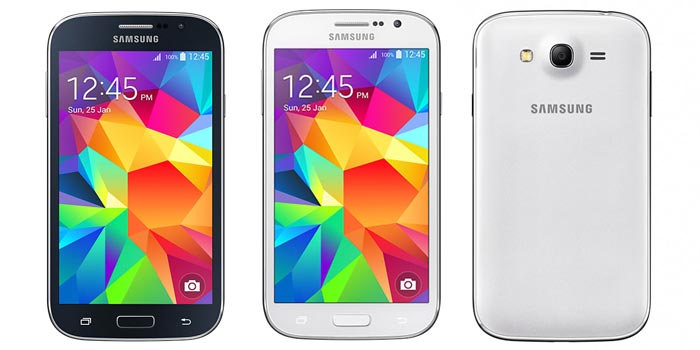 It comes with a 5-inch display that proffers WVGA 800 x 480 pixel resolution and Android 4.4 KitKat runs the show. There’s no word about an update to Lollipop and frankly, we wouldn’t get our hopes high about one either. The Samsung phone gains power from a 1.2GHz quad core processor of unknown make.

Additionally, you get an entire gigabyte of RAM and the standard 8GB of internal storage with a microSD card slot. There are dual SIM card slots as well, with 3G connectivity and a 2100mAh battery. Samsung has also thrown in its usual set of software enhancements.

The Samsung Galaxy Grand Neo Plus is yet to go official in India, but retailer Mahesh Telecom has disclosed via Facebook that it has already been launched in the market.