Samsung wasn’t very successful at keeping the Galaxy Grand Neo hidden in the first place, but the recent leaks leave absolutely nothing to the imagination. Not only has its pictures appeared on the internet, but we have also managed to lay our hands on its promotional material as well as complete list of specifications.

It was the guys over at GSMArena who received these images from an anonymous tipster. Apart from a picture of the phone, they have a screenshot of its general specifications, USPs, sales talks as well as comparison with a few other gadgets. The price of the phone for Europe is expected to be €299 in the region. It should be made available very soon, now that all its details are out. 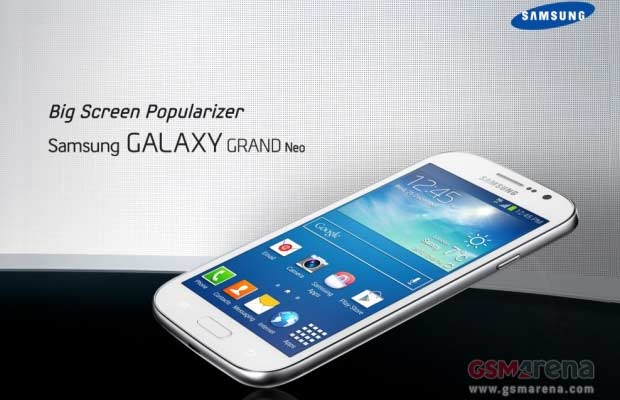 The Android Jelly Bean-based smartphone is the proud owner of a 5.01-inch TFT touchscreen which is accompanied by a VGA webcam as well as a 5MP rear-facing camera with LED flash. A quad core processor and 1GB of RAM are responsible for maintaining smooth multitasking and a 2100mAh battery should keep it going for a long time. 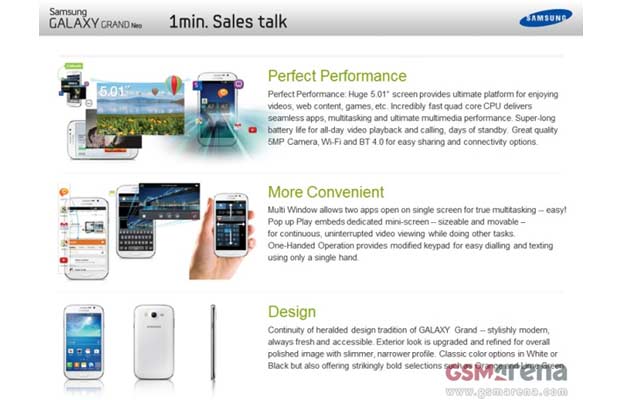 Its total internal memory amounts to 8GB, but you can increase it further by up to 64GB with a little assistance from a microSD card. All the usual features such as Bluetooth, Wi-Fi, TouchWiz and a lot of other things are also likely to be crammed into the gadget with dimensions of 14.7 x 77.1 x 9.6 millimeters. 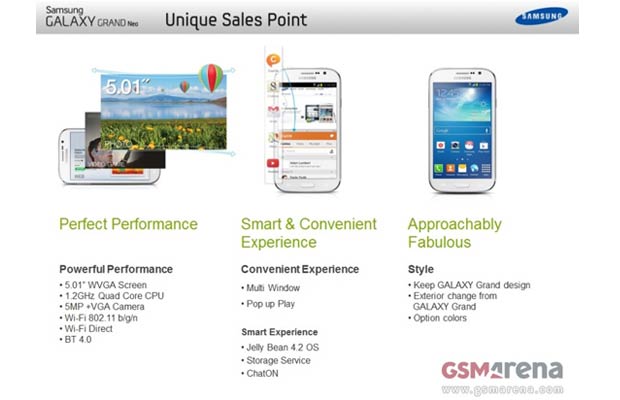 It seems like the Samsung Galaxy Grand Neo smartphone’s release is just around the corner. 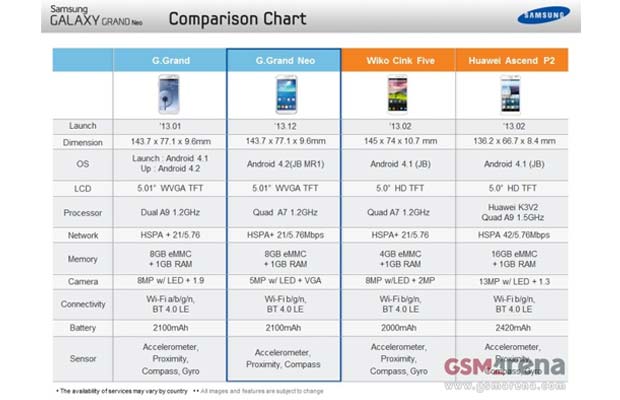