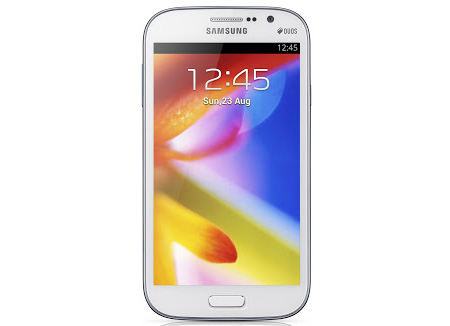 The Samsung Galaxy Grand release date for India has apparently been set for January 17 by the South Korean electronics giant. And if that’s not enough, folks waiting for the 5 inched handset to land in the country can get a load of the fact that it may well sport a price tag that will fall below the Rs. 25,000 mark. While the phone will be doled out in both dual SIM as well as single SIM variants, the former models will be the first ones to hit store shelves, say reports.

These launch details of the Galaxy Grand have been spilled by sources in the know of IBNLive. According to the website, the smartphone is ‘highly expected’ to hit markets in the nation during this month. Its predicted cost proposition looks like a valid one, as judging by its specifications sheet, it does look like a mid-range device. But with regular entries to the range from HTC, Nokia and others, it will indeed have a lot of competition to address. 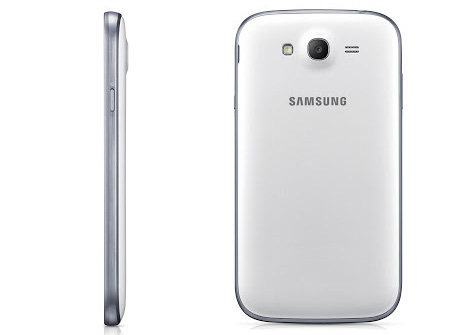 As is apparent from its images, the handset borrows its design cues from the S3. Its 5-inch WVGA TFT LCD screen fits between those of the S3 and the Note 2 which carry 4.8 inched and 5.5 inched displays, respectively on their front surfaces. The smartphone weighs in at 162gms, and its dimensions have been set at 143.5mm x 76.9mm x 9.6mm. Google’s Android 4.1.2 has been infused into it, but there’s no reason for not believing that a 4.2 update being dished out for it subsequent to its launch.

A 1.2GHz dual core processor finds its way into it, providing support for multitasking, faster web browsing, instant screen transitions and fine graphics. Its 8MP rear camera is accompanied by an LED flash, and it comes equipped with attributes like zero shutter-lag and ‘ultra-quick’ camera start-up. A 2MP HD snapper can also be found on its front. Samsung technologies such as Direct Call, Smart Alert, Popup Video, S Voice and AllShare Play make their way into it as well. 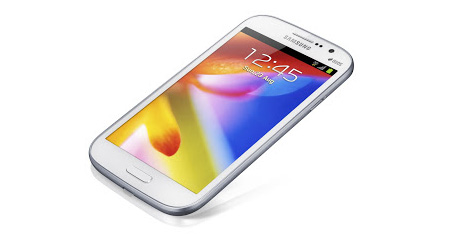 Confirmed information about the launch details of the Samsung Galaxy Grand is still to be disclosed by its maker. However, if this rumor is indeed a true one, we’re most likely to see the device arriving on Indian shores come January 17.