Acting as a successor to Samsung’s most successful 2013 smartphone in India, the Galaxy Grand 2 will most probably be landing in India on December 23 which falls this Monday. The company has issued media invitations for an event in Mumbai on the said date, and although the name of the device hasn’t been mentioned, it has indeed been said that a Galaxy smartphone will be launched.

The Samsung Galaxy Grand 2 is expected to be priced at around Rs 22,000, as its precursor is now selling at an MRP of Rs. 18,400. A list of notable enhancements has gone into this successor, with the most notable among them being an upgrade to a quad core processor bearing a clock speed of 1.2GHz. The Grand carried inside it a 1.2GHz dual core ticker. 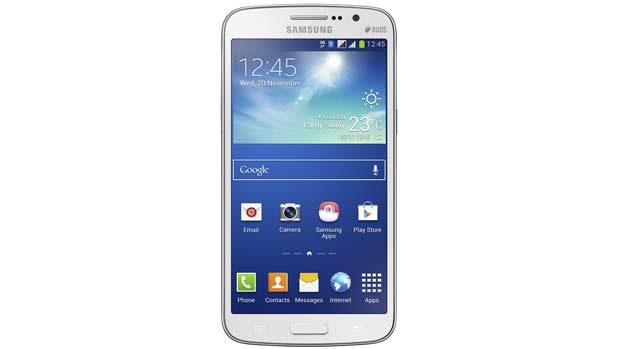 A 5.25-inch 1280 x 720 HD TFT monitor sits atop its front surface, besides a 1.9MP HD camera. On its rear, it houses an 8MP AF snapper with an LED Flash. The Samsung Galaxy Grand 2 features 1.5GB worth of RAM which is a 0.5GB improvement over its predecessor. 8GB worth of internal memory has been granted to the device, apart from a microSD card slot with support for up to 64GB of added storage.

Android 4.3 Jelly Bean is the preferred OS which guarantees a KitKat upgrade in the future. Sized at 146.8mm x 75.3mm x 8.9mm, the handset incorporates a 2,600mAh battery inside it. The Samsung Galaxy Grand 2 is an important device for the Samsung’s operations in India, especially because the mid-range specifications and a relatively affordable price point of its precursor had made it the highest selling device for the company upon its launch.