If you waved away the news of the Samsung Galaxy Grand 2 smartphone’s release with ‘Tell me when you have the price,’ here it is. The company’s eStore for India has finally dropped the information and the device is in stock for Rs 23,000. Samsung had started accepting pre-orders for the phablet in December 2013, but had refused to reveal it’s price until now.

Well, it’s not pegged much higher than its predecessor. And why should it be when there are small visible increments in the features sheet? You’ll be paying just Rs 1,500 more than what the Galaxy Grand, which hit the market around this time last year, commanded. White’s not your color? Too bad, Samsung only appears to be selling it in this shade.

Among the enhancements that have been brought to the smartphone is the larger touchscreen of 5.2 inches and 1280 × 720p resolution. The older device had a 480 x 800p display of 5 inches. And the 1.2GHz dual core processor has been replaced with a 1.2GHz quad core chipset.

The Galaxy Grand 2 now has a 2600mAh battery instead of a 2100mAh one and the RAM has been bumped up to 1.5GB. Since it will be competing in the mid-range space with other phablets having dual SIM slots, it will also retain the same, just like the original. 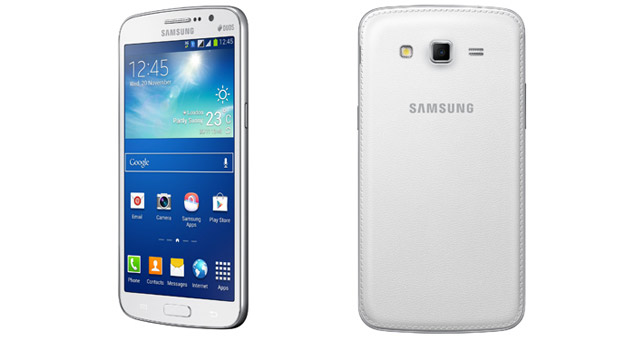