If you remember the Samsung Galaxy Golden from last year, you should know that it now has a successor which has just been spotted on the TENAA website. This high-end flip phone running the Android OS is slated to be unveiled soon, but there’s no word on the exact date at the moment.

As you can see in the TENAA images (GSM Arena) right below, this golden-hued device flaunts dual displays and 4G LTE compatibility. This makes sure that its other specs too do not fall below a certain line of premium-ness. 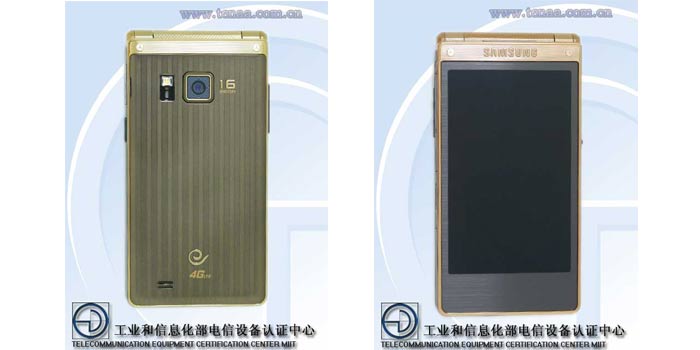 Its two displays are 3.9 inches in size, are of the Super AMOLED type and their resolutions are tied at 1280 x 768 pixels. A Qualcomm Snapdragon 801 SoC has been granted to it, apart from 2GB worth of RAM. Moreover, an impressive 16MP camera can be found resting on its rear surface.

Also Read: LG Wine Smart is a flip phone that happens to be a smartphone as well

On the other hand, the front houses a snapper that’s 3.7MP in capacity. The Samsung Galaxy Golden 2 is apparently sized at 153.5mm × 78.6mm × 8.5mm, while it tips the scale at 173gms. Of course, Android 4.4.4 KitKat is the its chosen OS, and a number of modifications to suit the flip phone form factor can definitely be expected. 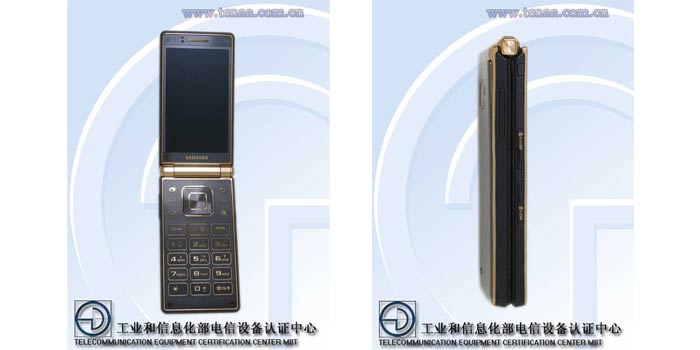 It was around the same time last year that the predecessor of this smartphone was launched by the South Korean company. It didn’t make it into markets other than a few Asian ones including India, which is why we can expect the same to be the case with the Samsung Galaxy Golden 2 as well.