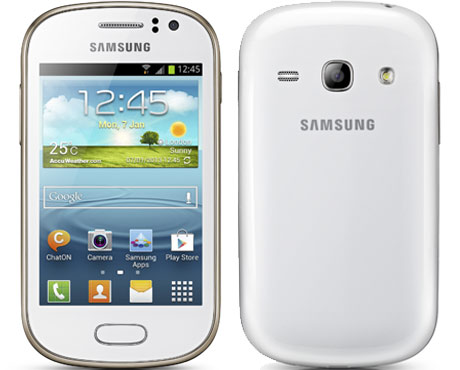 Though the price and the Samsung Galaxy Fame release date haven’t been mentioned, the phone which had apparently shown up in GLBenchmark results as the Frame only recently, has now been launched officially by the South Korean manufacturer. The smartphone may be gearing up to appear at the MWC, for all we know. Another Android contender that goes by the name Young, has also made its debut along with the phone in question.

The Galaxy Fame is a mid-range device that comes in variants with single and dual SIM card slots. Besides the Always On feature, the latter will be deployed with Hybrid Dual SIM to enable 3G data connection on one of the SIMs, while making calls on the other. Prospective users will have the option to choose between shades of metallic blue and pearl white and they can even make the most of pre-loaded apps and services like Game Hub Lite, ChatOn and S Cloud amongst others.

A key highlight of the handset is the intuitive Motion UI that allows refreshing and updating widgets by simply shaking it once or turning the device upside down to mute the ringer when it goes off. The Android Jelly Bean 4.1 OS of the phone has been tweaked with the TouchWiz interface for a customer-friendly experience and smooth transitions. 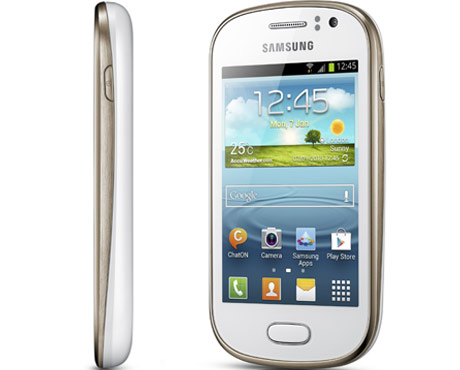 The 3G-enabled smartphone boasts of a 1GHz processor, 512MB of RAM as well as 4GB of onboard memory. And if that’s not enough, its storage can be expanded by up to 64GB with the help of a microSD card. A 3.5-inch HVGA TFT multi-touch display and a VGA camera rest on the front panel, whereas the flip side is dominated by an LED flash-equipped 5MP auto focus camera.

All of these features are packed into a chassis weighing 120.6 grams and measuring 11.6mm in thickness. There’s a 1,300mAh lithium-ion battery for powering up the phone. Its wireless communication options include Bluetooth 4.0, Wi-Fi 802.11 b/g/n and optional NFC, while the smartphone can be connected to multiple peripherals through a 3.5mm audio jack and a USB 2.0 port.

The release and costing information of the Samsung Galaxy Fame will be revealed at a later date.

Key specifications of the device at a glance: