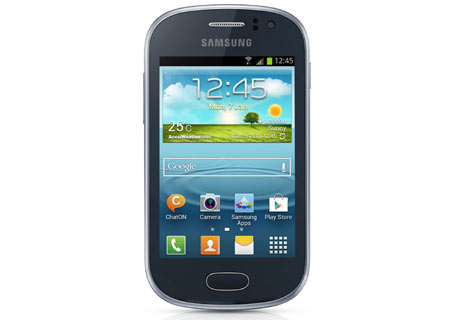 Samsung has unveiled its budget-friendly Galaxy Fame in India and it is up for grabs tagged just above the Rs. 10K price mark. The handset was announced globally back in February soon after it popped up in a benchmark leak.

It features a rectangular design with large curves for a more oval appearance. In terms of dimensions, the Samsung Galaxy Fame measures 61.5mm x 113.2mm x 11.55mm and weighs not more than 120.6 grams. The Android 4.1 Jelly Bean platform with the Motion UI is displayed through a 3.5-inch TFT panel that has a resolution of 320 x 480 pixels. 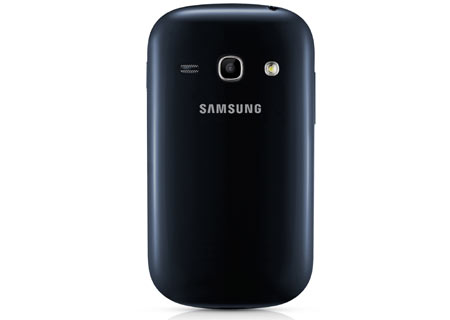 Accompanying the touchscreen on the front is a 0.3MP webcam for video calling, while the rear features a 5MP camera with an LED flash and AF for snapping up still and recording clips at 25fps. Powering it up is a 1GHz single core Cortex A9 processor that’s accompanied by 512MB of RAM. Users will have 4GB of internal storage and a microSD card slot for hoarding content.

Where activity time is concerned, around 6 hours of talktime or 300 hours of standby over 3G is what owners can expect with the 1300mAh Li-ion battery. Carrying the Duos moniker and the GT S812 model number, the Fame employs dual SIM card slots. What isn’t clear is whether both housings support HSPA networks or not. 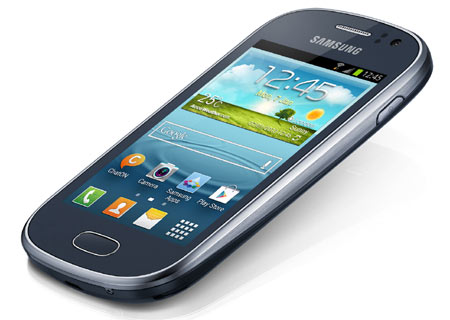 Bundled with the device is the Change Display feature which according to the company, allows users to mirror the phone’s screen onto an external display. This is done over Wi-Fi and currently only the video as well as music player and gallery are supported. Additionally, there are a host of services from the company. They include Game Hub, ChatON and ActiveSync amongst others.

The Galaxy Fame is priced at Rs. 10,900 through retailers such as Flipkart, Infibeam and Snapdeal. What’s worth mentioning is that the company hasn’t officially unveiled the phone in the country as yet, albeit that should happen soon. 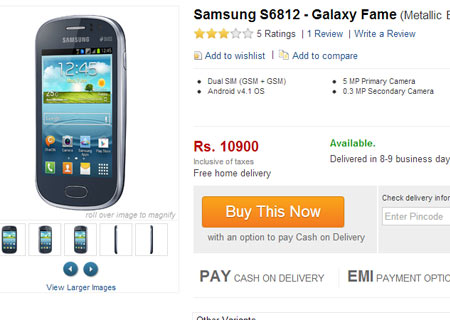