The much rumored Samsung Galaxy F is in the discussion once again, even as the device has been showcased by a leaked press shot. The premium smartphone is supposed to be the first major Galaxy device from the company to grab a metallic body.

This very fact hints that the South Korean giant wants to eat up the market of Apple’s rumored new 4.7-inch display equipped iPhone 6. As Apple Insider points out, with the Galaxy F, Samsung will be targeting those who are waiting for a bigger iPhone. This means its release should come around the same time as that of new Apple gadget, which is expected to be September. 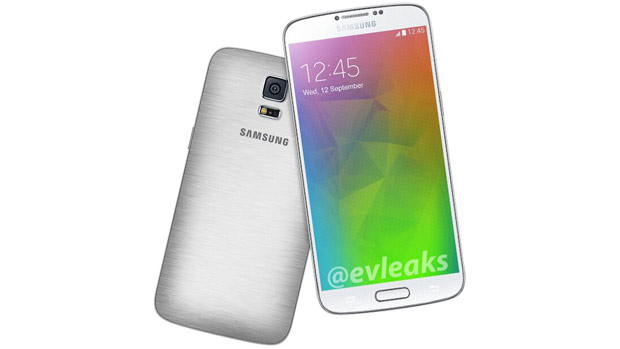 The latest leaked image coming from EvLeaks, is again displaying the Samsung Galaxy F’s metallic body in its full glory. This picture is apparently of a crystal clear version of it, rather than the golden one we had seen leak out in the past. In terms of components, although its specifications are expected to be different from those of the S5, other things like heart rate and fingerprint sensors as well as water and dust resistance are said to form part of this handset.

Here’s a neat look at the leaked specs of the Samsung Galaxy F:

If you’re interested in the Samsung Galaxy F, make sure to keep an eye out for more information as details about it have started getting clearer by the day.